You’ve seen the Samsung Galaxy S III; you’ve heard about the iPhone 5; but as of November 9th, a third flagship device will also be available to those on AT&T in the United States. I am of course talking about the Nokia Lumia 920, and with a new, Windows Phone 8 interface, a tweak on an already award-winning design and a camera already proven to outclass any other on the smartphone market, Steve Wozniak isn’t alone in his hype of the device.

Costing $99.99, the handset will be available to those wishing to be carried by America’s number one network from the 9th of this month, with pre-orders starting tomorrow (November 7th). Meanwhile, if you had your heart set on the slightly cheaper Lumia 820 and were looking to pick it up from AT&T, the same rules apply with regards to pre-order and release dates, but it will cost you $49.99. 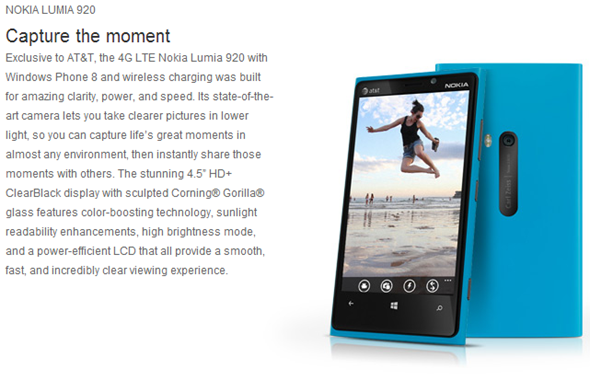 The Lumia range is indeed the most anticipated of the lot in terms of Windows Phone 8, thanks largely to the success of the previous models on Windows Phone 7.x. With that said, Nokia isn’t the sole player in the Windows Phone 8 game, and handsets are also set to arrive from the likes of Samsung and HTC. The Korean company has announced the Samsung ATIV S, while HTC has showcased the Windows Phone 8X, and the latter will be available on AT&T at a price of $199.99 for the 16GB model, and $99.99 for the 8GB version. Both will be made available before thanksgiving, and AT&T has an exclusive on the Limelight Yellow and California Blue colors of the 8X (8GB only) . 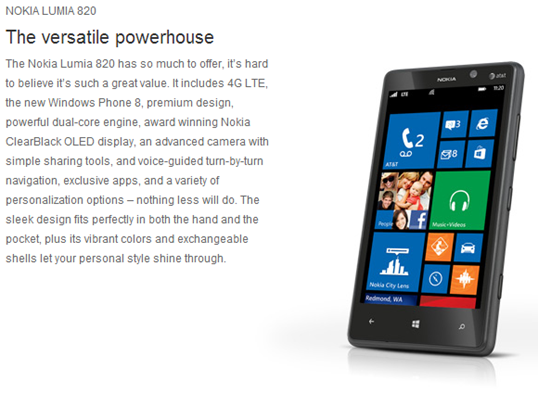 Nokia criticized HTC and the 8X as “tactical re-branding,” and while both do look similar, Nokia still has a clear advantage – no less because its own Lumia handsets are actually cheaper than their HTC counterparts. According to TheVerge, AT&T will throw in a free wireless charging plate with each Lumia 920 purchase for a short promotional period, so if you’re looking for a new Nokia Lumia and wish to roll with AT&T, make sure you get your pre-orders in to prevent any disappointment.

As much as I like the smooth aesthetics of the 8X and the gorgeous brushed metal of the ATIV S, I think I’ll be going with the tried-and-tested Lumia. The 900 ran like a charm on a single core, and with beefed up hardware, I simply cannot wait to get my hands on it.