Every once in a while an idea pops up that seems like it’s a bit on the silly side, until you think about it a little bit more. Eventually, it seems like something so obvious that you have to wonder why it hasn’t happened before. That was our exact thought process with this school project.

Created by Sayalee Kaluskar and dubbed the Shama Shades, these modified Ray-Ban sunglasses promise to not only shield your eyes but to also offer some much needed juice for your iPhone while you’re out catching those rays. Sounds awesome doesn’t it? We’d have to agree. 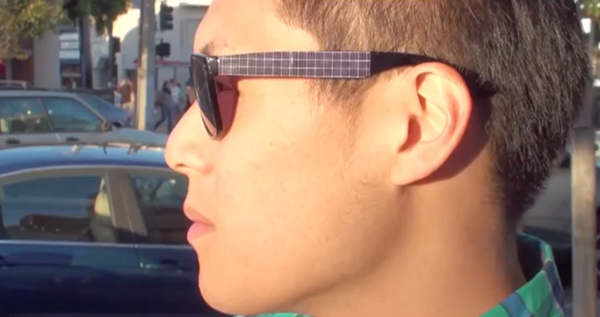 Because this is a school project we wouldn’t be holding our breath for a retail release any time soon, but the idea is actually rather clever. The Ray-Ban sunglasses have a solar panel attached to them which charges a small, hidden battery. Once the sun has gone in and your trusty iPhone is starting to fade even faster than the sun itself, one of the frame’s sides can be taken off to reveal a Lightning attachment so you can use that battery to at least give said iPhone a top-up.

Keeping modern smartphones all juiced up isn’t always the easiest thing in the world, and Apple’s iPhone can be one of the worst when it comes to lasting through the day, partly thanks to its smaller frame meaning it can’t pack the same huge battery as some of the competition. With that in mind, any method of getting more power into an iPhone has to be a good one in our books, no matter how unorthodox it happens to be. 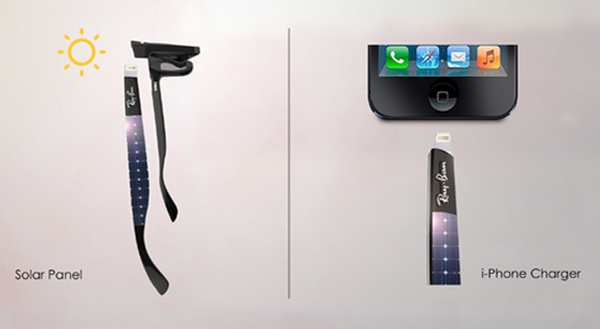 Like we say, it’s a shame that this will probably be unlikely to ever find its way to market, but it’s not the first time that spectacles have been mated with technology even when you take Google Glass out of the equation. Oakley has made sunglasses with MP3 players built-in for years, so there is a precedent for such things. Still, Oakley is a tad larger than a schoolgirl.

We wish such a thing comes to the market, though. Let’s face it, battery life has started to become a serious issue in modern day gadgets, and any sort of power outlet at this stage can only be considered a godsend.

We hope somewhere, someone is reading this and actually turns this project into a reality.

For more info on the project, simply head over to sayaleekaluskar.com