We’ve known for quite a while that along with all of the other bells and whistles, Apple would finally be bringing official support for game controllers with iOS 7. As such, we’ve also seen a number of leaks from a plethora of well respected third-party vendors, and not for the first time, Logitech’s inaugural gamepad for the iPhone has been leaked. Catch the snap of the peripheral as spilled by Evleaks, as well as all of the information, right after the break.

It was back in the middle of June that we first caught wind of Logitech’s iOS 7 compatible controller for the iPhone, and the new shots look much more like a finished product should. Whether the previous leak was a mere prototype and this more complete-looking product is the result of testing, or whether they are just two slightly differing product lines, is really a matter of speculation. But one thing’s for sure – Apple is very much focused on taking gaming on its mobile devices to the next level, and with the iPad range expected to be getting a significant upgrade later on this month, we could also begin to see corresponding efforts for the fruit company’s tablets.

Nothing particularly specific can be gleaned from the Evleaks tweet, although the picture alone is fairly self-explanatory. The new wave of game controllers, which also includes the GameCase for iPhone, will help to consolidate the App Store’s reputation as a respectable gaming portal.

With tens of thousands of puzzlers and other casual titles, the big-name developers have also been capitalizing on the improvements Apple has made to the internal hardware of the iPhone, iPad and iPod touch just recently. The iPad 4, which looks as though it’s about to be succeeded, already offers a better graphics performance than the PS Vita, and with this in mind, it’s no wonder the Cupertino wants to make gaming more of a focal point. 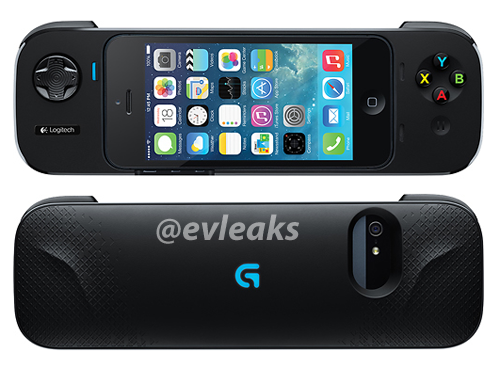 The Game Center certainly needs a few housekeeping improvements before it can begin to dip its toes in Xbox LIVE territory, but the foundations are certainly there.

Evleaks also added a second snap shortly after, showing the game controller as it would look running a game: 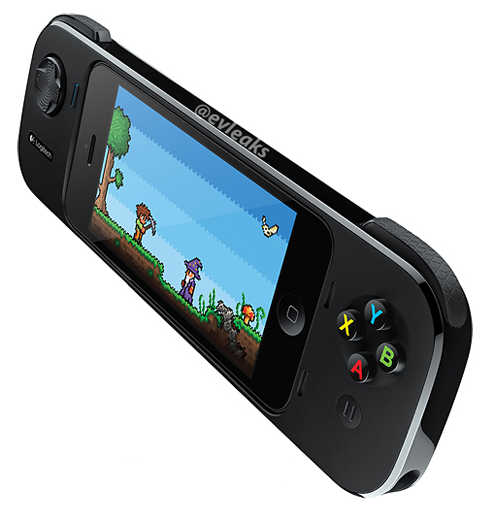 Would you buy such an accessory for your iPhone?