We live in an age that is becoming increasingly reliant upon computers and the ability to connect to the internet. There can be no denying that the world wide web is a marvelous resource and gives us 24/7 access to a wealth of knowledge, fun and entertainment, containing information and data which appeals across the age spectrum. That access and information is constantly going to grow due to the fact that worldwide adoption rate of smartphone and tablet devices, meaning the internet truly has become a mobile resource, accessible pretty much from any location. 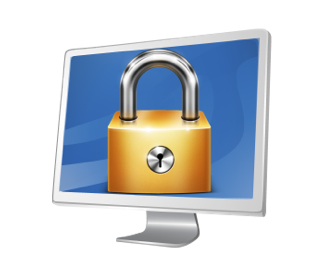 With great power, comes great responsibility, and that is something that needs to be remembered when it comes to not only internet usage, but computer usage in general. Most households in the developed world will have a family computer of some sorts. Whether it is a desktop machine, or an old beaten up laptop, it is always good to have an additional layer of security as well as the ability to prevent children or family members from spending too much time surfing the web or playing computer games.

iOS and .NET developer Daniel Haviv has recognized this issue, and released his ‘LockMyPC’ application for iPhone which attempts to solve the problem. LockMyPC is intended to act as a native iPhone application which can interact with the desktop client installed on a Windows-based PC. The application is designed to be simplistic in use and allows users to remotely lock a Windows PC through a simple user interface on the iOS application. The information in the App Store elaborates on the apps core functionality:

Left the house and not sure if your computer is open for everyone to see ?
Worried about your Privacy ?
Your loved ones are sitting too much in front of the computer ?

LockMyPC will allow you to lock your PC from wherever you are!
Get notified when someone unlocks your computer.

The set up of the application is very simple. When launching the iPhone app, a simple registration page is provided, which requests a username as well as a secure password. The corresponding Windows client will need to be downloaded from the given website, which is a fast and easy installation. Once both versions of LockMyPC have the username and password installed, they both talk to each other, as long as the iPhone and Windows PC have data connectivity. A table view on the iPhone side lists the discovered computers which are logged in through the registered details, with a couple of taps, locks down the computer remotely. 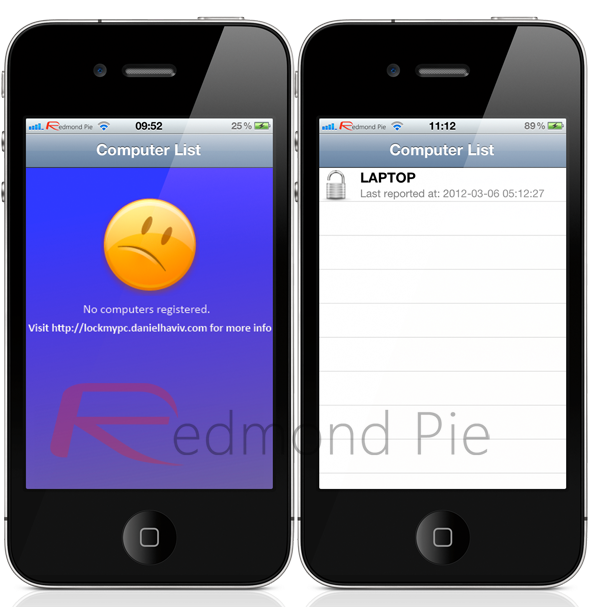 On the Windows side, anyone using the machine will be presented with a small dialog from the system tray, which advises that the computer is being locked. That side of the applications works extremely well and we found that when giving the command to lock down the machine, it was pretty instantaneous. However, the two devices were on the same network, in the same room, which could have something to do with it. The PC can still be easily unlocked if the user knows the password, so this would not function as a child deterrent unless the unlock password was withheld from them.

One thing we couldn’t get to work was the notification system which alerts the iPhone when a machine has been unlocked. After about half an hour of testing the application out, locking and unlocking continuously, the notification never fed back to the iPhone even though all alerts were set. In summary, LockMyPC does offer a solution to a problem which we are sure a lot of people face, and considering it is only a $0.99 download from the App Store, with the Windows client being free of charge, it is definitely worth purchasing if you are looking for this kind of functionality.

In future versions it would be nice to see an improved user interface, as well as updated for Retina compatibility.