Legendary Pokemon Raikou, Entei, And Suicune Have Arrived, Here Are The Details

Legendary Pokemon Raikou, Entei, and Suicune have arrived in Pokemon GO. Here’s everything you need to know.

Niantic Labs has once again poked the Pokemon GO fire and raised excitement levels with an announcement that will see additional Legendary Pokemon introduced into the augmented reality world. Anyone interacting with Pokemon GO on iOS and Android will now be able to catch Legendary Pokemon Raikou, Entei, and Suicune as well as putting them to the test in co-operative Raid Battles. 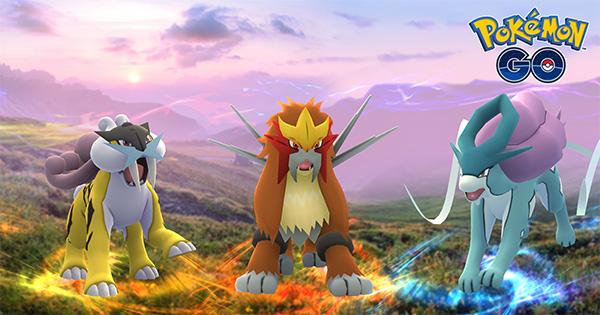 The introduction of Raikou, Entei, and Suicune is definitely an exciting prospect for the hardcore Pokemon elite who are seriously enjoying being able to catch Legendary Pokemon, but it’s really a limited time only affair as the aforementioned critters will be traveling around different regions during different time periods, according to Niantic’s post.

Starting August 31, the Legendary Pokémon Raikou, Entei, and Suicune will begin appearing in Pokémon GO. Trainers worldwide can look forward to battling these Pokémon together with friends in Raid Battles for the chance to catch the trio of Legendary Pokémon originally from the Johto region. Raikou, Entei, and Suicune will be traveling the world throughout the coming months.

Raikou, the Electric-type, can be captured and battled through the Americas. Entei, a Fire-type, will be available for capture and battle through Europe and Africa, and Suicune, a Water-type, will be available within the Asia-Pacific region. As soon as it hit September 30 they will all move to a different location so that there’s an opportunity for Trainers in each location to capture all three Legendary Pokemon. That process will run up until October 31 before they are removed from the Pokemon GO world.

Niantic will also be putting an EX Raid Battle process into a test period at select Gyms around the world. This is a feature that was formerly known as Exclusive Raid Battle, with the development house looking to try it out on a smaller scale before rolling it out globally within the game. Those Trainers who are lucky enough to be issued one of the EX Raid Passes to try out the feature should receive their’s before September 6th.

Pokemon Go may have been out in the wild for what feels like a long time now, but it’s still important that Niantic Labs is continuing to progress the title and keep things interesting for Trainers rather than resting on its laurels and allowing it to go stagnant.