A short video posted to Vimeo today may have outed the highly anticipated and upcoming GoPro HERO5 action camera.

The video, which is only nine seconds long and appears to be the kind of video that GoPro as a company would use within its mobile apps on iOS and Android in order to offer tips and help etc, shows how to connect the unannounced action camera to a smartphone, and may give us our best idea yet as to what the GoPro HERO5 will be like. 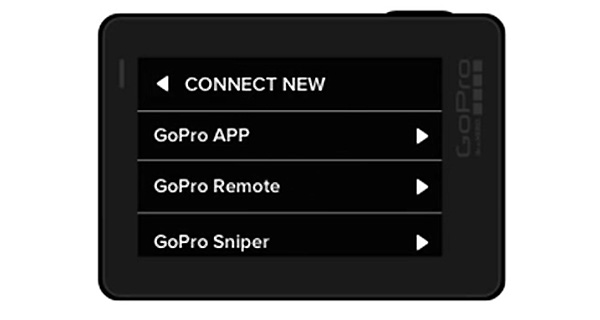 Based on the video, the entire rear end of the camera appears to be a touchscreen, making interaction with the device a doddle. It’s difficult to get a real feel for something in a sub-10-second video, but this much looks pretty clear at this point.

The leaked video also gives us an idea of what the software’s menus may look like, assuming this thing is actually the GoPro HERO5, and things like the shutter button seem to have been altered slightly for this new piece of hardware. Nothing groundbreaking here, but the video gives us our best yet indication as to what GoPro has hidden up its sleeve.

It’s difficult to say whether this video is legitimate or not, having been leaked by Konrad Iturbe, who is a self-described tinkerer and hacker of GoPro devices. The video itself appears to have come from the Android version of the GoPro app, which tells us almost nothing other than the device that the video was taken from.

Does it confirm anything? Not one bit, and that’s the problem here. We certainly don’t feel in a position to say this is 100% on the money, but then again, we have very little reason to believe anyone is trying to pull the wool over our eyes here. You may just have to watch the video and make your own minds up this time around.

Do you think this is the GoPro HERO5?