Leaked AT&T documents from the last of LulzSec’s hacking endeavors reveals information about a potential “4G” LTE-ready iPad 3 and iPhone 5.

Despite closing down all hacking activity yesterday, the group of six anonymous hackers who go by the name of LulzSec are in the news again! The last torrent they uploaded was full of confidential (and poorly secured) data from the likes of AOL, different gaming forums, EA Games’ Battlefield Heroes’ user database and, of course, AT&T.

The leaked documents contains all sorts of plans, timelines, milestones related to AT&T’s rollout of “4G” LTE network. Nearly all of the information contained within the documents uses highly-technical terms that is meant for understanding of telecommunication engineers only.

However, there is one choice morsel that everyone can appreciate: hints of a LTE-ready iPad!

The information comes after Jonathan Kizer over at iFans dug through files released by LulzSec. Among the released documents is one slide stating the following:

Pre-LTE scenarios: Testing will include iPad new activations HLS using the new rate plan, as well as a regression on netbooks and dongles. During validation E2E execution should ensure all functionality new and current is still functioning properly by validating account set up, provision, usage and notifications.

The LTE-ready iPad, as iFans suggests, is probably the iPad 3 which is expected next year with a higher resolution Retina Display, a faster processor and, according to the leaked documents at least, 4G LTE connectivity.

Keeping this in mind, one may also safely say that the iPhone 6 will definitely have LTE connectivity when it, reportedly, releases sometime in 2012.

A page inside the leaked documents also supports the rumors surrounding an iPhone 5 release in September. It clearly states that there will be three phases to LTE network deployment: with a potential LTE-ready iPhone 5 releasing in Phase 2 (near the rumored September launch). 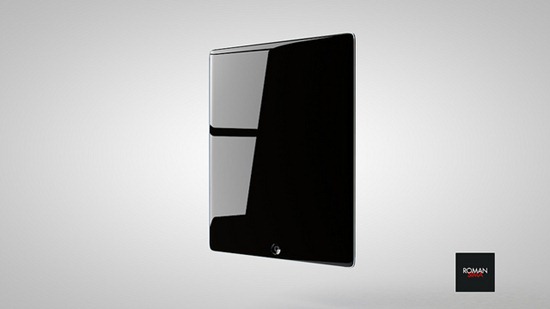 A calendar titled 2011 Weekly Calendar – LTE Milestone points toward a July 2011 (next month!) production launch of the LTE network. This is in exact accordance to a press statement AT&T released in May regarding a mid summer launch of LTE in five major markets: Chicago, Dallas, Houston and San Antonio.

If you’re up for it, the leaked presentation is embedded below. The LTE iPad is mentioned on page 4.