Miss Gibraltar, Kaiane Aldorino has been crowned as Miss World 2009. First runner up to her was Miss Mexico, Perla Beltran and Miss South Africa, Tatum Keshwar came up as second runner up. The event was broadcasted live and was watched by billions from all around the world. 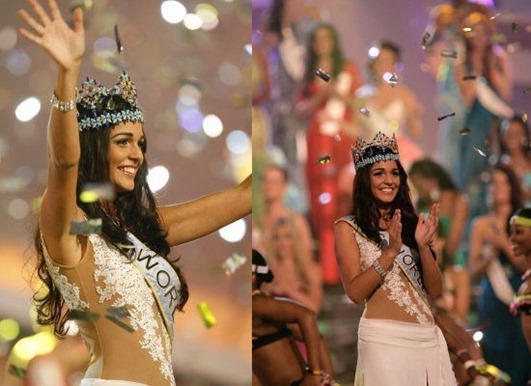 Miss World 2009 event was held at Johannesburg, South Africa where 112 beautiful ladies from around the world participated. Aldorino was crowned as Miss World 2009 by Ksenia Sukhinova, Miss World 2008 of Russia at the end of the event. Bollywood actress Priyanka Chopra was among one of the judges at the event.