Jailbreak Tweaks Have Many Uses – Even Helping The Disabled! [VIDEO]

Here at Redmond Pie, we dedicate a great deal of our time and resources to covering as much of the Cydia scene as possible, and while we’re all more than aware of the many benefits a jailbreak can bring in terms of functionality and customization, we’d never have pitched it as a potential tool for aiding the disabled. 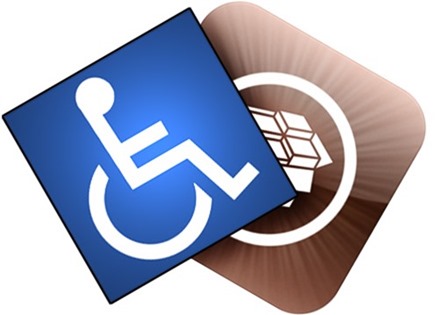 However, that’s exactly what WifiSMS, a tweak created by developer treAson, is doing for some burdened with muscular ailments. Speaking with a member of the JailbreakCon team, it’s clear to see that treAson’s tweak – originally designed to make sending an SMS from a desktop easier for everybody in general – is gathering a popular following among disabled folk. For some, using a smartphone can be a tremendous strain, and since SMS is primarily a smartphone-only feature, those without the strength in the arms most of us take for granted, have found a great deal of respite from using WifiSMS.

Although Tim Cook would certainly disagree, jailbreaking is one of the best things to happen to the iDevice range since Apple’s popular mobile gadgets began releasing, and for many, the ability to tweak and tailor the experience to the nth degree has become something of an institution. For most who encounter a jailbroken device – or indeed unshackle the stock handcuffs from their own device – there’s no going back, and the plethora of tweaks available makes it just too hard to live without them.

It’s good to see, however, that the jailbreak scene is actually having a bigger impact on the lives of those who’ve difficulty in carrying out tasks the rest of us complete without so much as a blink. I would hold my hands up to proclaiming that I couldn’t live without BiteSMS, FolderEnhancer or SBSettings, but in truth, when a jailbreak isn’t possible, I manage just fine. I guess seeing just how beneficial jailbreaking can really be for others puts things into perspective, and only throws more weight behind a community which is thriving at unprecedented level.

Following on from the first and only MyGreatFest last year, JailbreakCon promises to be a fantastic event, and with Cydia guru Saurik coming back for a second visit a long with many other pivotal community members, WWJC 2012 will be an unforgettable occasion.