Stefan Esser, better known within the jailbreak community as i0n1c, has teased via Twitter a snap of his third-generation iPad running Cydia on the brand new iOS 5.1.1 firmware. Interestingly enough, he did the same thing with iOS 5.1, but, as yet, the world has yet to see anything beyond a snippet, and it’s very unlikely that he will ever release it to public.

Whenever a new device hits the scene, its new hardware and associated iOS version render it the most challenging for the various dev teams to try and crack. The third installment to the iPad series boasts an impressive A5X processor, and as yet, there has been no jailbreak of the device – tethered or otherwise. 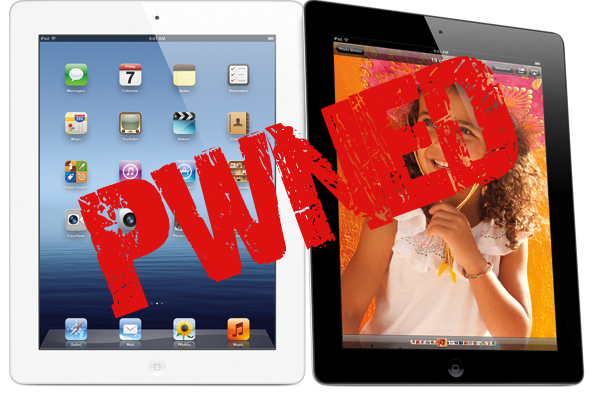 As you can see from the screenshot, the device is described as iPad 3 (AT&T), running iOS 5.1.1 and Cydia 1.1.6. As we know, the device isn’t called the iPad 3, although as Esser himself puts it, "You have to blame Saurik for the AT&T stuff in Cydia. He wrongly calls iPad3,3 the iPad3 AT&T"

No further details have yet been specified, so make of it what you will. The third iPad arrived back in mid-March to rave reviews, and although it boasts a sleuth of impressive features, to some, there still remains one key element missing – a jailbreak. 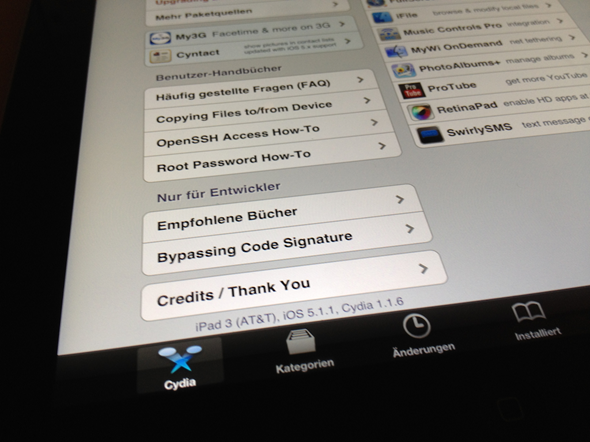 The usual suspects are in the process of updating their tools to bring tethered jailbreaks to A4 devices, but as well as a JB for the newer Apple gadgets, most are looking for the seamless, untethered JB on universal levels – as demonstrated by the Corona and Absinthe releases in December and January respectively.

Pod2g is yet to make any comment on whether the exploits he was using for iOS 5.1 untether still works on iOS 5.1.1 or not.

We’ll be sure to let you guys know as soon as something crops up, so keep following our coverage here at Redmond Pie for the very latest jailbreak news.

In the meantime, we advise you to remain patient and let the devs do their work. Often, pressure from anxious fans can result in the early release of unfinished tools, but as ardent jailbreak fans ourselves, I’m sure you’ll agree that a smooth, complete utility is worth waiting for.