So it’s probably fair to say that it’s been a busy week or two in the jailbreak community. You’d have had to have been living in a cave somewhere on Mars to have not noticed that the jailbreak coverage has been relentless of late, mainly thanks to the release of an iOS 7 jailbreak that caused something of a stir. With shiny new hardware and iOS 7 jailbreaks piling up around our feet of late though, it’s easy to forget that not everyone went out and bought an iPhone 5s or brand new iPad Air or mini 2 this year and, just as importantly, not everyone upgraded to iOS 7. That means the new Evad3rs jailbreak is useless to those people still holding on to iOS 6.1.x.

But they might still want to jailbreak, which is why the release of P0sixspwn is important. As we told you not very long ago, P0sixspwn supports all iOS devices including the likes of iPhone 5 that are running iOS versions 6.1.3, 6.1.4 or 6.1.5. It’s untethered too, which as far as we’re concerned is the only kind of jailbreak we’re really interested in. Who wants to have to plug into a computer every time they restart their phone?

So, with P0sixspwn now available to download – Mac only currently, Windows version will be available soon – we thought we’d put together a little guide on how those with the right hardware, and running the right software can get their jailbreak on. Turns out, it’s actually ridiculously easy.

The first bit of good news is that nothing is going to get restored here. No having to re-install all your stuff, no risk of losing your data and no messing around. Sound good? You betcha it does!

It is important to note that:

So ready? Here’s what to do.

Step 1: Download P0sixspwn for your Mac. You can also download it from p0sixspwn.com. There’s a Windows version on the way, and we don’t expect these instructions to change all that much when it does get released. 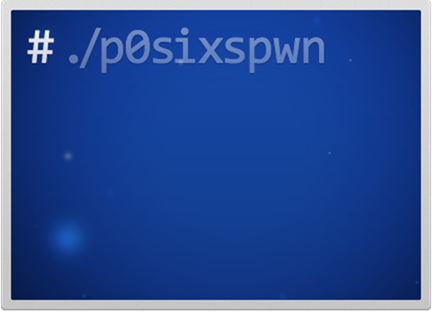 Step 2: Extract the download. If you run into “P0sixspwn can’t be opened because it is from an unidentified developer” on OS X, simply right click on the app icon, and click on Open. Click on Open again when you get the p0sixspwn is an application downloaded from the Internet. Are you sure you want to open it? prompt, as shown in the screenshot below.

Step 3: Next, plug your iOS device into your Mac and turn off the passcode lock on the device from: Settings –> General –> Passcode Lock –> Off. You can turn it back on after you’re all done.

Step 4: Hit that ‘Jailbreak’ button and follow the onscreen instructions. 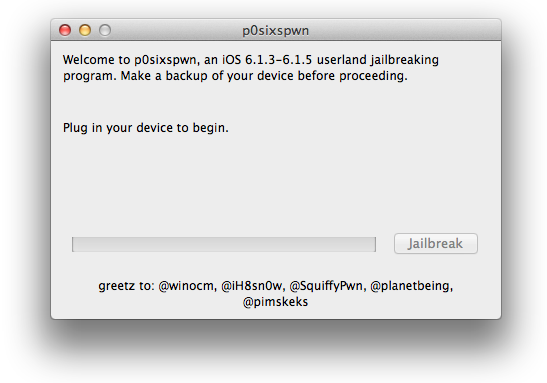 Step 5: Your iOS device may be required to restart a couple of times during the process. Don’t go playing with anything at this point, the magic is happening!

Step 6: After a reboot or two – all automatically done – and you’re set. Your iOS device is now jailbroken.

It really doesn’t get much easier than that, does it?