Apple is going rogue when it comes to beta releases; its been only two days since they released the first beta of iOS 5.0.1, and already, the second beta has been pushed out to developers. But, thankfully, it is jailbreakable using the existing version of Redsn0w.

The news of iOS 5.0.1 beta 2 being jailbreakable using the current version of Redsn0w was confirmed by the iPhone Dev Team member, who goes by the alias; MuscleNerd. According to his tweet on Twitter:

This jailbreak, like any other iOS 5 jailbreak, is limited to tethered boot for now. We’ll go through the routine of explaining what a tethered jailbreak is; well, if you jailbreak your iPhone, iPad or iPod touch on iOS 5.0.1, and you are faced with a situation in which your device loses power or restarts, you would have to connect it up to your PC or Mac and boot it into the jailbroken state, every single time when that happens, otherwise you’ll be stuck in the dreaded Apple logo boot loop. But keeping that in mind, a tethered jailbreak is better than no jailbreak at all, right? 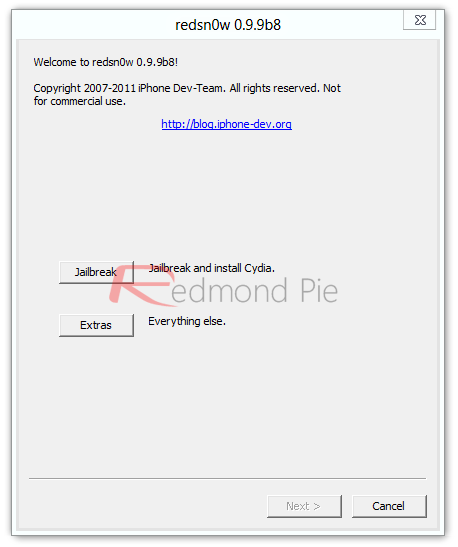 Although, the jailbreak is tethered boot for now, but you can achieve a semi-tethered jailbreak by simply installing a tweak from Cydia called SemiTether.The tweak allows you to restart your jailbroken iPhone, iPad or iPod touch without having to connect it to your PC or Mac, but there’s one catch; some of the apps will seize work. You can follow the instructions posted here on how to download and install SemiTether on your jailbroken iOS device.

Those of you who are interested, you can check out the progress on jailbreaking iOS 5 untethered here.