Apple has just released iTunes 9.1.1 for both Windows and Mac. This is a minor release for stability and bug fixes which addresses issues like problems in “converting songs to 128 kbps AAC while syncing”, “stability issues with VoiceOver ”, and various other bug fixes. 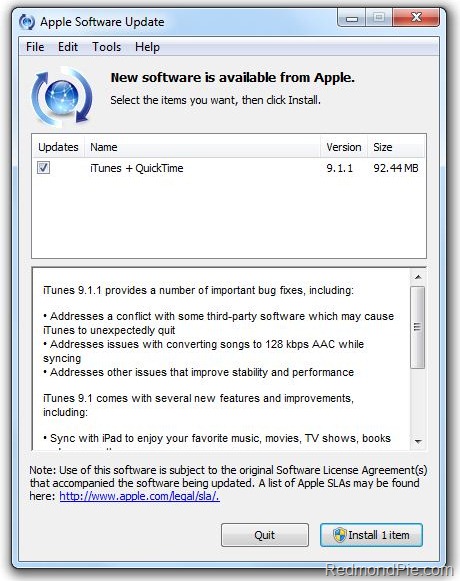 The official change log of version 9.1.1 is as follows.

iTunes 9.1.1 can be downloaded for both Windows and Mac OS X from Apple Software Update, or directly from the link given below:

UPDATE 1: Jailbreakers and Unlockers can safely update to iTunes 9.1.1. However some blackra1n users on iPhone 3.1.2 may still require the use of BlackBreeze or “Blackra1n for iTunes 9.1” to fix any syncing issues that they maybe having.