If you’re a big fan of the Grand Theft Auto series of games then you’re going to want to prick your ears up, because even thought the fifth installment in the franchise has been around for nine months, the game is still set for a big release on the next generation platforms alongside the PC. And it will be up for pre-order starting today.

Announced at E3 today, Rockstar has confirmed that GTA 5 will be making its way to not just PC, but also Xbox One and the mighty PlayStation 4 this fall. What’s more, any game progress you have made in Grand Theft Auto Online on the Xbox 360 or PlayStation 3 will be moved over to the new platforms, which should soften the blow of having to rebuy a game that’s been around for three quarters of a year. 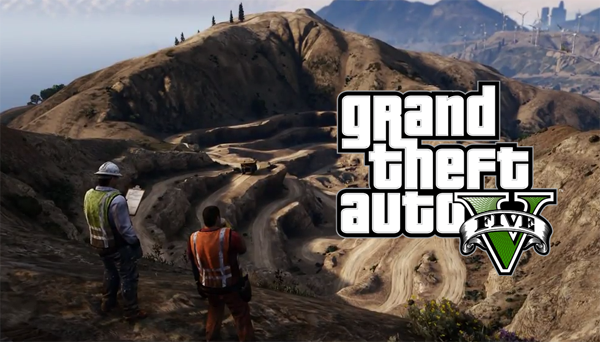 Beyond that, there isn’t really a great deal of news or indeed, a great deal to say. Rockstar has put minds at ease by saying that GTA 5 will “take full advantage” of the extra horsepower afforded by the newer machines though, which sounds promising. Quite how much spit and polish will go into this release though, we’ll have to wait and see. The game looked great on the last generation’s hardware though, so we’ve got high hopes this time around too.

GTA 5 takes gamers back to the fictional state of San Andreas where the story revolves around three criminals and their exploits. The usual array of shenanigans ensue, and there are plenty of vehicles to commandeer along the way.

Now that this news is out in the open, we suspect GTA fans with the required hardware will be counting down the days until GTA 5 lands at their feet. Fall is a long time, so hopefully that wait won’t be too long.

You can pre-order your copy of GTA 5 for PC, Xbox One and PS4 from this link: rockstargames.com/V/order

GTA 5 for PC and the latest generation of consoles has been rumored for arrival for quite a while now, with different sources claiming that the title won’t hold console exclusivity for long.

With the news now being confirmed and etched in concrete, and even an official video released to show off what the game will look like on a PlayStation 4, the big question is: will you re-buy the game just for the sake of trying it on a new console?