One of the things that I love about Android and Windows Phone 7 is ability to share photos and videos to my favorite social networking sites, natively from the Gallery/Pictures/Photos app natively, without having to open any other third party app.

By default, the native Camera Roll / Photos app on the iPhone and iPod touch only allows sharing of pictures via Email and MMS.

But now thanks to this new jailbreak tweak found by BlogsDNA, you can now integrate Facebook and Twitter sharing options right into the native Photos / Camera Roll app on the iPhone and iPod touch. 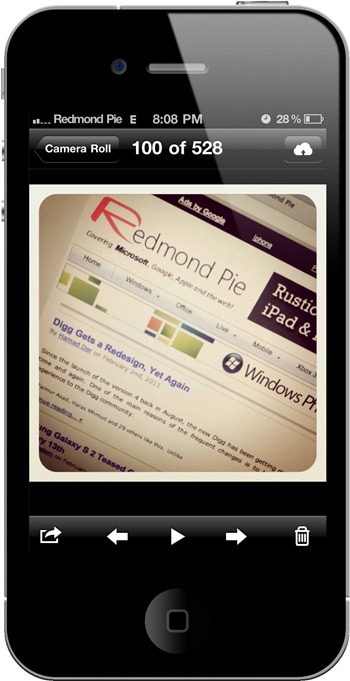 Dubbed as iSocialShare, this tweak adds a “Cloud” button when you are viewing a photo from the native Photos / Camera Roll app. Tapping on this button brings one-click sharing options for Facebook and Twitter. 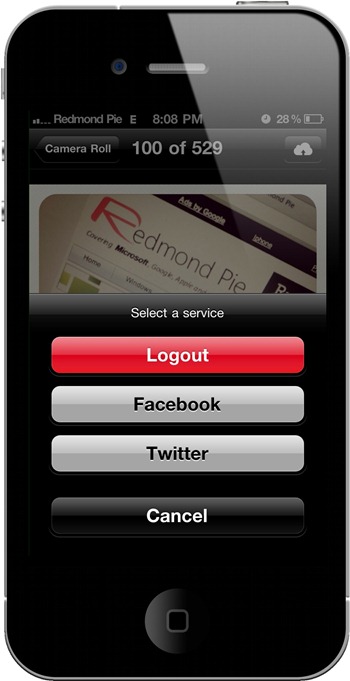 You will, of course, need to have a jailbroken iPhone or iPod touch to install it. Follow our step by step guide posted here to jailbreak your iPhone, iPad or iPod touch with Redsn0w on iOS 4.2.1 (or untethered with GreenPois0n RC5), or with Limera1n on iOS 4.1, or with PwnageTool on iOS 4.3 if you haven’t already.

iSocialShare can be downloaded from Cydia under BigBoss repository for $1.99 .