Is This What The iPad 2G Will Look Like? [PHOTO]

So the iPad 2 launch event is just around the corner and the fans are getting crazy about it. As the event comes closer, speculations and rumors of all sorts are floating around. We have just found out an image of what looks like the back of iPad 2G. 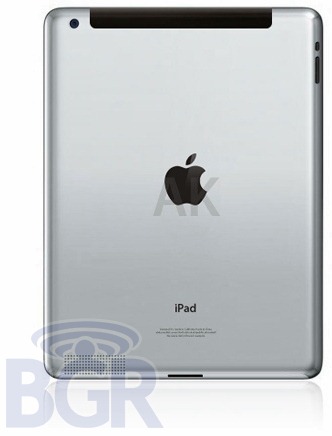 Looks convincing, eh? Why won’t it! It has everything you needed and heard about the second generation iPad. From rear-facing camera, redesigned speakers and round diminishing edges, it has it all. It’s highly likely it’s not a real shot though but a creation of an Apple fan who probably read the iPad 2 rumor round-up and created something that seemed like what he read. The representation, however, is so nicely done that we are speculating this to be really close to what we are going to see on 2nd of March.