Speculation regarding Apple’s upcoming iPhone 6s is starting to come through thick and fast. We now well and truly find ourselves in the middle of that exciting, and sometimes frustrating, period where new visual and technical specification leaks come out of the woodwork from those who claim to have “familiarity with the situation.” We can already be fairly confident that Apple’s iPhone 6s will come with Force Touch capabilities, as well as being offered in a new color option that has been described as either Rose Gold or Pink, so naturally, those Chinese clone manufacturers have jumped immediately onto the bandwagon and produced a $200 clone of the iPhone 6s complete with the speculated new color option.

Recent speculation has suggested that Apple has already ordered supply chain partners to ramp up manufacturing levels to produce record number of the iPhone 6s. It’s also been suggested that we could welcome the Cupertino company’s next-generation smartphone right on cue, with September being the month of the big release. If however, you’re an individual who lacks patience then the embedded video shows the quality that you could get for $200 if you wanted to invest in a Chinese manufactured “iPhone 6s” clone. It also lets you see exactly what an iPhone 6s would look like in Rose Gold / Pink. 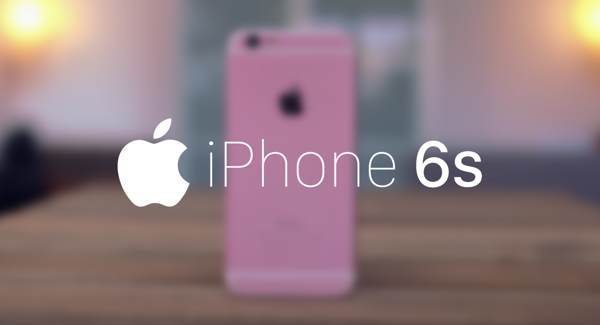 You can immediately tell from the video that the aesthetics of the clone are pretty much on point. It’s almost a given that the iPhone 6s will be visually almost identical to the current iPhone 6 model. The accompanying “iPhone 6s” box and packaging also shows the Lightning cable and wall charger as well as the familiar looking Apple like earbuds. The software shown on the device is a custom version of Android skinned to attempt to mimic the look and feel of Apple’s current iOS 8 firmware.

What’s immediately notable, and what is discussed in the video, is just how good this clone actually is in terms of replicating the look and feel of Apple’s hardware and software. In stark contrast to the wave of iPhone 6 clones that came out last year, this iPhone 6s clone feels smooth when interacting with the skinned Android OS and even mimics functionality such as iOS’s multitasking and parallax features.

Check the video out for yourself and see if you’re tempted to part with $200 of your money.