It’s hardly a secret that we are expecting Apple to announce a new iPhone for launch later this year. The new Apple smartphone, which is pretty much nailed on to be given the 6s/6s Plus naming convention, is unlikely to differ a great deal from the external aesthetics that we already have with the current-generation iPhone 6. However, if a number of high-quality leaked photos are to be believed, then it looks like Apple has made significant changes to the internal structure of the upcoming iPhone model.

A number of differing sources and industry analysts have already all but confirmed that the next-generation iPhone will ship with Force Touch tech. The Apple Watch and the latest range of MacBooks already contain this technology, so it makes perfect sense for Apple to port it to the iPhone as well. In addition to this information, 9To5Mac is reporting that a “proven source” has provided a fairly decent in-depth look at what is purported to be the internal layout of the iPhone 6s.

The first notable thing about the photos is that the iPhone 6s will ship with a near identical rear design akin to the current iPhone 6 model. This isn’t a surprise considering the same aesthetic transition was in place when Apple made the move from the iPhone 5 to the 5s.

In addition to showing the similarities externally, the photos also show a number of small changes internally relating to how the device’s logic board will actually be mounted. What’s also interesting about the external photos is that the plastic antenna lines are still prominent and form part of the design. We recently discussed a patent filing by Apple for a new metal alloy that would allow radio signals to be transmitted, but it seems that this process won’t be complete in time for this particular product launch.

The design at the bottom of the new iPhone appears to be exactly the same as the current-generation iPhone 6 as well. We see the same number of speaker holes on the right hand side as well as the same intricate positioning of the Lighting connector aperture and the 3.5mm headphone jack that sites to the left of the sync cable opening. 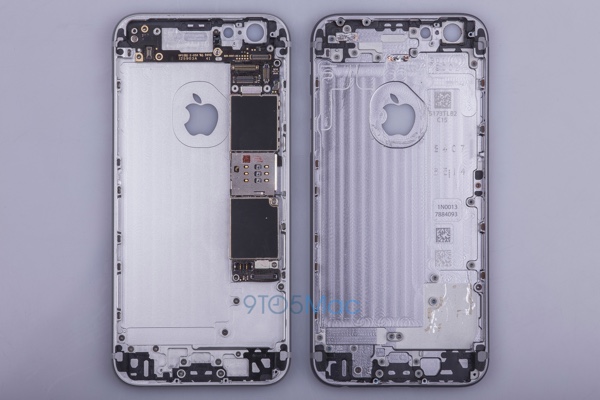 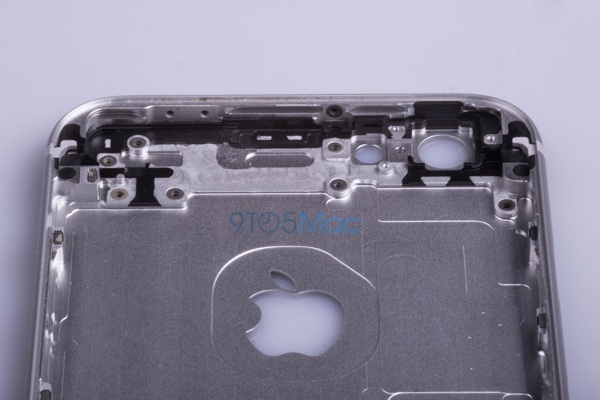 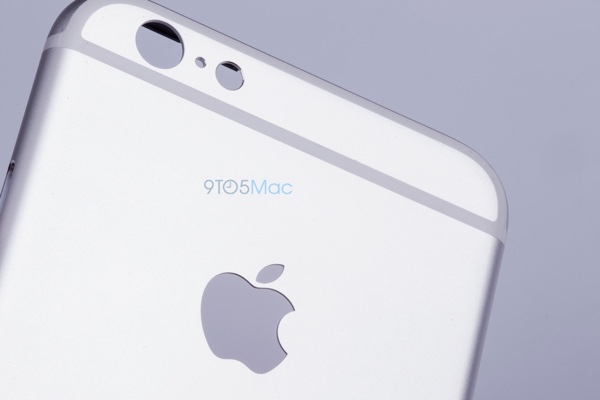 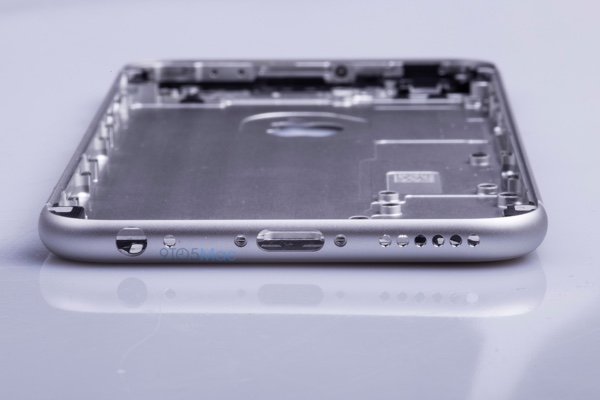 Aside from the integration of Force Touch and a new, more powerful processor, it remains to be seen what Apple will actually unveil on the hardware side for the next iPhone. Thankfully, we’re now well and truly in that run up where leaks start to come thick and fast. Stay tuned.