Rumors have been rife for quite a while now that Apple is readying a larger iPad for release at some point in the soon, and although the iPhone now boasts an ever so slightly larger display since last year’s release of the iPhone 5, there has also been plenty of suggestion that a future handset will take things a step closer to some of the Android and Windows Phone devices doing the rounds. DigiTimes has come through with more information pertaining both smartphone and tablet, suggesting that the new iPhone could launch as soon as May 2014 with the new iPad releasing in the fall.

DigiTimes is often way off the mark when it comes to casting aspersions about unannounced products, but since it has made some accurate calls in the past, we have to approach this new report with a fair amount of respect.

The article talks about Tim Cook’s company penning a deal with supplier Quanta Computer to produce the bigger iPad en masse, and with a 12.9-inch display, it would comfortably surpass the smaller MacBook Air in terms of display real estate. With this in mind, it would be conceivable that Apple could replace the less-favored configuration of the Air, since there would be too much of a crossover to justify having two separate products, and this is rumored to be something that the company is considering.

It seemed unthinkable under the Jobs regime that Apple would seek to diversify the iPad range to such an extent. But with the iPad mini releasing last year, and a second-gen follow-up bringing some genuine power to the mix, it would seem that the Cupertino company is more than willing to hedge its bets. 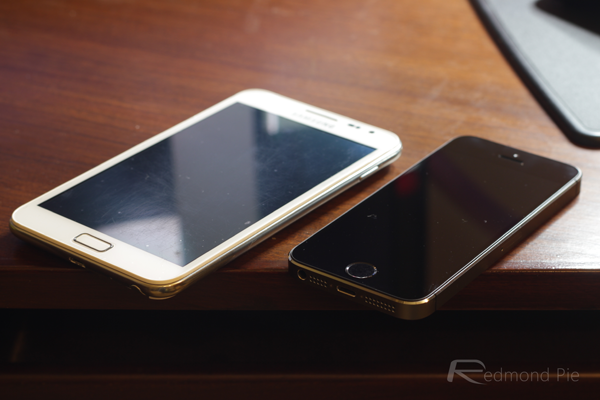 Surely, though, even a very large iPad wouldn’t be able to upstage an iPhone with an increased display, which this report also talks about in some detail. DigiTimes believes that Apple’s Next Big Thing will be exactly that, but while the notion of Apple releasing a bigger iPhone next year isn’t, in itself, particularly far-fetched, the fact that the report points to a May release makes us more than a little skeptical.

After all, you can get away with releasing three iPads within 19 months, but after all of the fanfare surrounding Touch ID, the gold coloring, and all of the other iPhone 5s perks, could it be that a new handset is just around the corner?