You would think that Apple’s iPhone 6 was releasing imminently given the immense amount of coverage that Apple’s forthcoming smartphone has commanded during the past couple of months. But as many analysts and commentators have already noted, it is the fact that it may finally compete with rivaling devices for sheer size that the world cannot get enough of the next big thing out of Cupertino. For a little more perspective on the iPhone 6 – as if ever it were needed – below you can check out a comparison of the 4.7-inch iPhone 6 versus HTC’s just-released One M8 handset.

The iPhone 6 is expected to offer two size configurations – a 4.7-inch model and a further edition packing a 5.5-inch display. Given that the latter is said to have been hindered by delays thanks to problems manufacturing the screen / battery, it’s not surprising that almost all of the leaks we’ve seen hitherto have related to the smaller model, and now, one of the many dummies floating about has been given the side-by-side treatment with the HTC One M8.

The HTC One M8 is a device after the iPhone’s own heart. Often described – like its predecessor – as one of the most beautiful smartphones ever released, it carries Apple’s ethos of high-end design, and even though its display is slightly larger than what we expect of the iPhone 6 at 5 inches, they’re definitely going to appeal to a similar demographic within the consumer market.

So, how does the dummy iPhone 6 stack up against one of the most celebrated handset currently available? Well, as you can see from the photos, it’s quite a bit shorter than its would-be rival, but also, notably thinner. HTC may have taken a few leaves out of Apple’s book in applying a high grade finish to its latest humdinger, but the fruit company’s love for a thinner profile is more than evident here once again. 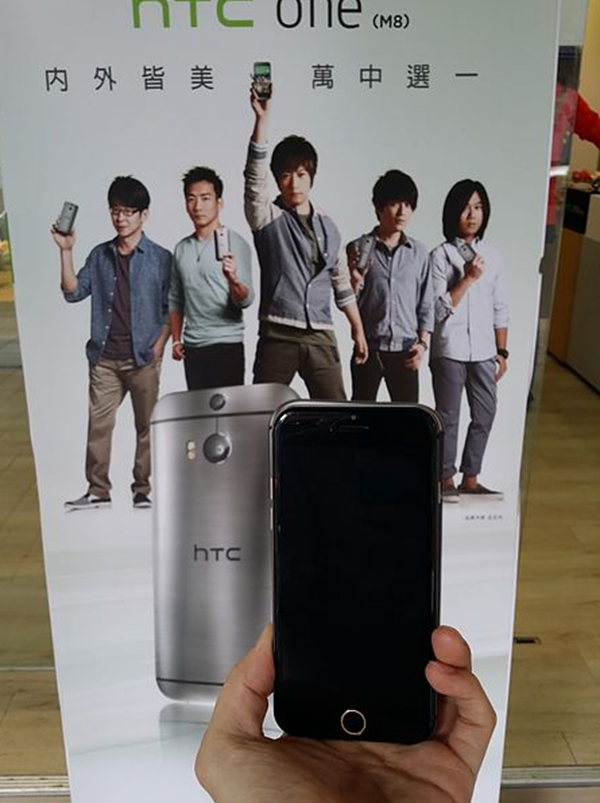 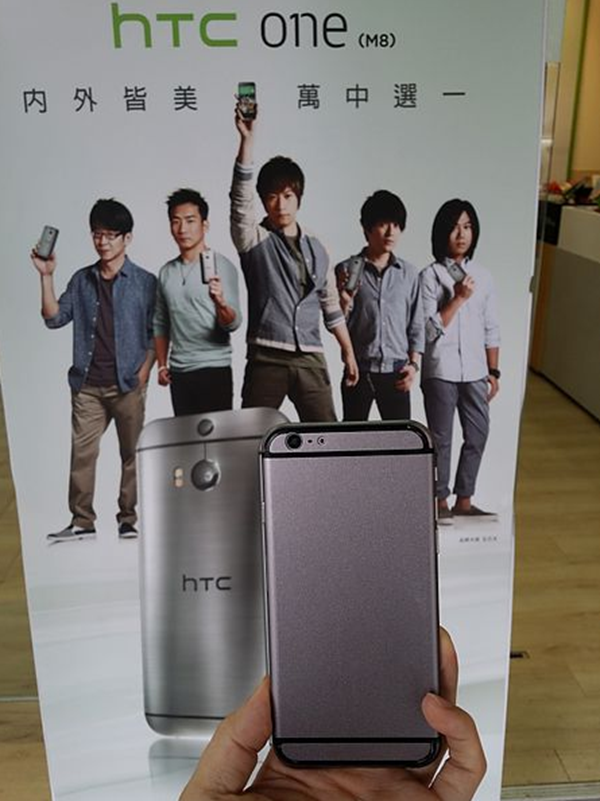 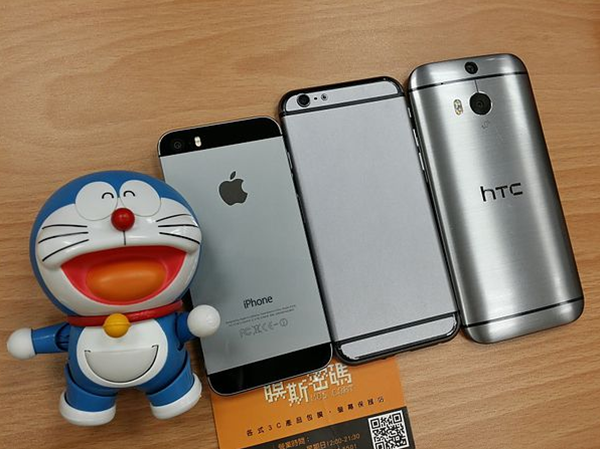 As per the latest available info, the iPhone 6 will borrow much from the most recent iPod touch, in that the finish will be a great deal more curvaceous than the current iPhone 5s. Moreover, it appears that the iPod touch-esque form factor will enable the iPhone 6 to offer a similar, ultra-svelte body, and so while the likes of the One (M8) may draw acclaim for looking and feeling good, the slickness of the next iPhone may have a MacBook Air-like impact in redefining the high-end smartphone market.

What do you think – is the HTC One M8 a better-looking device than the alleged iPhone 6? Or do you believe that Apple’s handset is easier on the eye? Share your thoughts below!