The iPhone 6 and iPhone 6 Plus are finally here. After months of rather tedious speculation and rumor-hunting, we now have official specs, features, renders, and now, a release date. In spite of the fact that numerous reliant sources touted the delay of the larger iPhone 6 Plus in the run-up to today’s shenanigans, both will be available from September 19th, and as we’ve just heard, both models will be available to pre-order from this Friday, September 12.

The pre-order and subsequent roll-out sequence is fairly typical of Apple’s major smartphone releases of the past few years. Starting with the announcement, the product tends to hit pre-order on the Friday thereafter, and a week on from there, ten days after the initial unveiling, the handset – or in this case, handsets – are then placed on general sale. 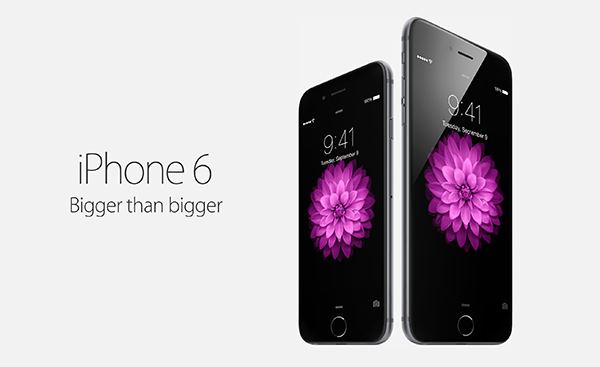 As was suspected in the build-up, there are considerable differences between the iPhone 6 and iPhone 6 Plus, and in this instance, Apple reiterates the age-old theory that bigger is better. The more sizeable device features a number of perks besides the added display real estate, including better battery life across the board, which is perhaps the most critical perk.

The iPhone is oft criticized for its lackluster battery retention, but with the iPhone 6 Plus apparently offering 24 hours of talk time over 3G, the larger-than-life new smartphone appears more than capable of fuelling the wealth of features within the decidedly slim housing.

One of the other key perks that the iPhone 6 Plus possesses over its smaller counterpart is optical image stabilization, which sure to draw mixed reactions from point-and-shoot enthusiasts. For the most part, the cameras are the same, but with the bigger model offering optical, as opposed to the iPhone 6’s digital image stabilization, results will be considerably enhanced on the Plus. 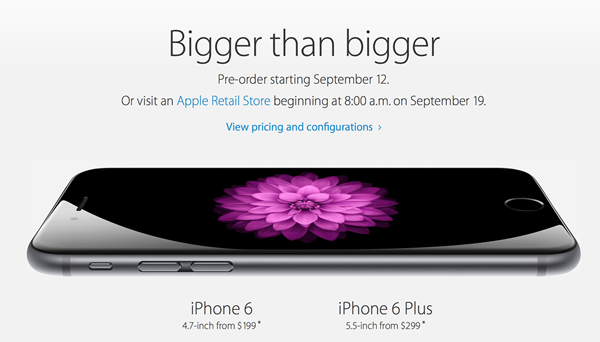 Still, whatever your poison may be, both the iPhone 6 Plus will go on pre-order this week on Friday 12th, and given the pre-keynote aspersions of analysts predicting record upgrades and Android switchers aplenty, it’s likely to be another scramble as consumers trip over themselves to avail Apple’s latest gadget.

Those considering a new iPhone purchase, which will you be picking? Do share your thoughts below!