iPhone 5S Will Feature An Improved Camera and Faster Processor, Releasing In Q3 This Year [Report]

We are getting close to that time of the year again when speculation surrounding the next-generation iPhone hardware starts to intensify. We’ve recently seen Samsung announce the Galaxy S4 smartphone, which may not offer much in terms of visual innovation, but definitely packs a punch when it comes to internal hardware and specifications. Those who are coming to the end of their current minimum-term contracts will be debating whether or not to snap up the latest flagship Android device from Samsung, or wait to see what Apple has in store for us with the new iPhone, or the iPhone 5S.

The latest reports are suggesting that Apple is planning to release a new iPhone product into the market shortly after this year’s WWDC. The new hardware will follow previous release patterns which we have seen with the iPhone 3G and iPhone 4, and the next iPhone will be a slightly improved version over the current technology that has been available since September of last year, namely, the iPhone 5. If the reports turn out to be accurate, then we could be seeing the iPhone 5S shipped out to re-sellers by the end of July 2013.

It shouldn’t really come as a surprise if Apple does decide to hit the market with a relatively minor tweaked model. Although the aesthetics and external facade of the device will remain consistent with what we already have, it is being suggested that the improvements to the device could come in the form of a higher performing camera (read: more megapixels) as well as an upgraded processor over the current generation hardware. The iPhone 5 currently ships with an 8-megapixel iSight camera, meaning any megapixel based improvements would likely see a 5S ship with 12-megapixels minimum. 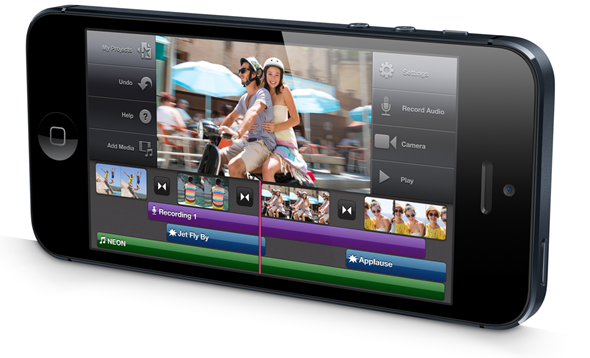 The most recent information that we have on the current state of the next-generation iPhone is coming courtesy of hit-and-miss prediction site DigiTimes. The proposed release dates and minimum specification improvements do fit in well with other sources that have been flying around the net recently, but it seems that any hopes of the next iPhone containing a recessed fingerprint sensor are fading away. If we are actually in line for a third-quarter 2013 release of the iPhone 5S, then it’s likely that those attending WWDC may be in line to witness the original introduction.