Want an iPad Pro but don’t want an iPad Pro price? Oh, and don’t mind Android? Great, because Samsung has just announced a new tablet that looks very much like Apple’s high-end tablet, although it won’t cost quite as much.

The Galaxy Tab S5e has a 10.5-inch display and a $399 entry price, which is a pretty great price no matter how you slice it, especially when compared to competing iOS models. It’s also the thinnest and lightest metal Galaxy Tab that has ever existed, at just 5.5mm and 400 grams. There’s no arguing that it is a pretty great looking tablet, thanks in part to its design from both front and back that looks very much like Apple’s 2018 iPad Pro. 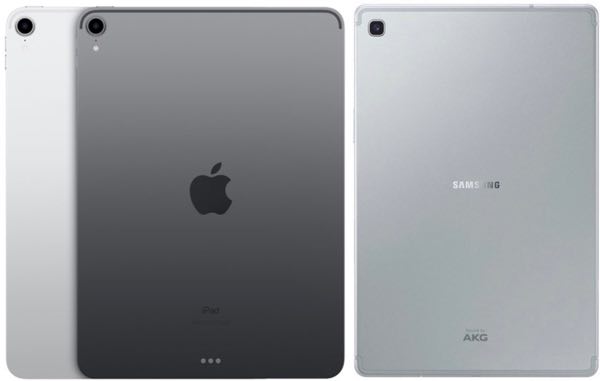 Speaking of that screen, its a Super AMOLED 16:10 panel with a resolution of 2560×1600, making it look lovely. That all comes out to a 287ppi, for those who are interested in screen density numbers.

The insides are decidedly mid-range, though. A Snapdragon 670 takes care of processing power, with Android Pie running beneath the One UI system that Samsung is now using. There is either 4GB or 6GB of RAM, with either 64GB or 128GB of storage. That storage is, of course, expandable should that be something you need.

Similar to the iPad Pro, this new Galaxy Tab also has quad-speakers, this time tuned by the folks at AKG, apparently. Unlike the iPad Pro, there’s no support for a stylus of any sort, which is a shame.

Around the back, there is a 13-megapixel camera capable of 4K video, but please, don’t hold your tablet up like a camera. It’s just not the done thing.

As for similarities with 2018 iPad Pro, there’s an aluminum back where the company’s last two tablets both had glass, rounded display corners, symmetrical small bezels on the front, top left camera placement on the back, no headphone jack, cellular bands design on the back, and last but not least gray and silver colors much like Space Gray and Silver on iPad Pro. 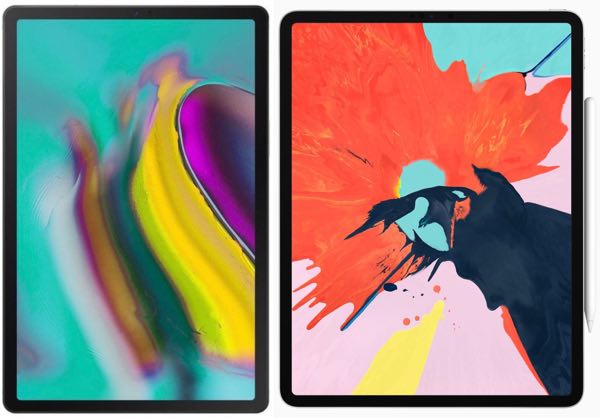 If all of this tickles your fancy, pre-orders open next month. We’re mildly impressed in some ways and decidedly underwhelmed in others. What say you?