The 2019 iPad mini, or the iPad mini 5, if you prefer, isn’t a huge departure from the previous model from the outside. Inside, the inclusion of the iPhone XS’ A12 CPU makes a world of difference, but beyond that, Apple hasn’t really said what has changed internally. The folks at iFixit are usually a great source for information like that and, as per usual, they’ve torn down a new iPad mini to give us the lowdown on what’s inside.

As we already knew, externally, the new iPad mini looks identical to the old one, and inside, iFixit says that the newly refreshed iPad mini does just look like an updated version of the older iPad mini rather than a smaller version of the new iPad Air. That means the battery is no different to the old one, although there are new ambient light sensors for use with the equally new True Tone display. An updated 7-megapixel front-facing camera is also present. 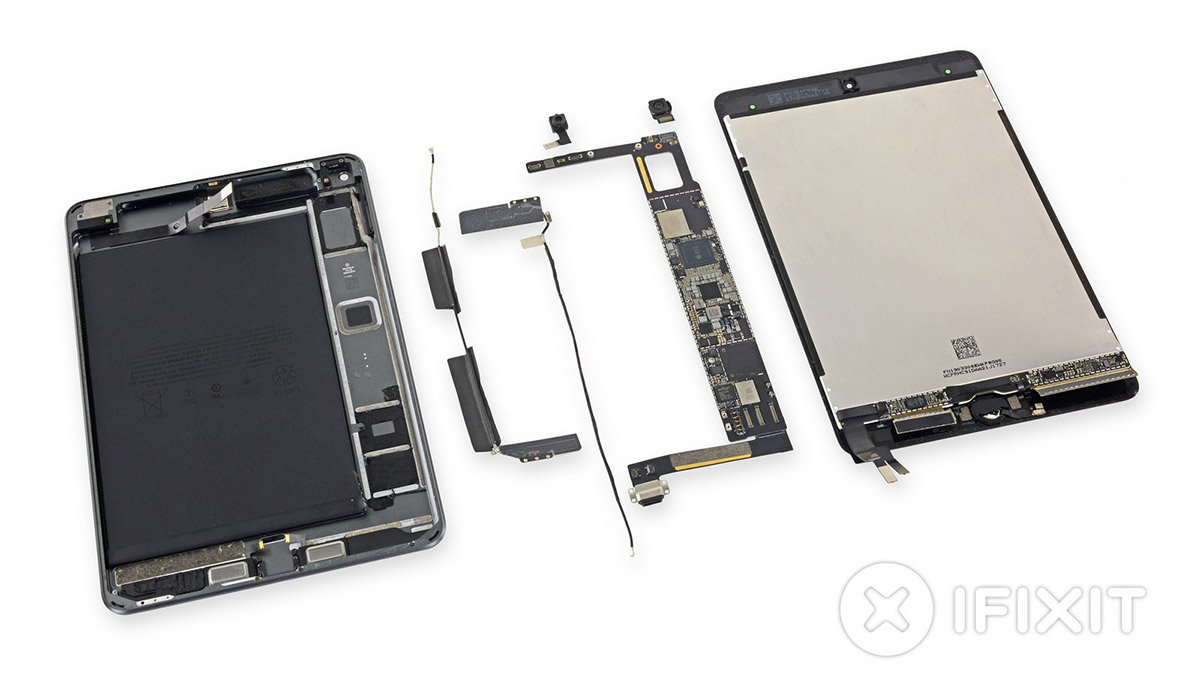 Other tidbits are the inclusion of Bluetooth 5 support and 3GB of RAM, and just as was probably expected, the folks at iFixit aren’t keen on the lack of repairability that the new iPad mini offers. In fact, the amount of adhesive that is used renders all repairs “unnecessarily difficult,” which is about as bad as it gets.

After a number of conflicting experiences ultimately leading up to this Mini’s glued-in battery, we’re officially not optimistic anymore about seeing adhesive pull tabs for iPad batteries.

Regardless, this new iPad mini is a great update for those who like the small 7.9-inch display rather than any of the larger options. We don’t expect the issues with repairing these things to put many people off buying one, but still, it’s a factor worth considering.

The new iPad mini is available now and can be picked up from Apple and its retail partners.