The iPad Air is the hottest topic in the mobile world right now, and since its predecessor, the iPad 4, was rather far from overwhelming, the prospect of a thinner, lighter and altogether more stylish model has certainly been a long time in coming. The tablet has been cost analyzed by none other than IHS Suppli, which has released its estimated component cost of the new and improved iPad Air. In short, it is reckoned that the total component cost is somewhere in the region of $274 for the bare-bones model, which works out at about 13% cheaper than the iPad 3.

Taking into account the various range of iPad Air models, IHS believes the range is between $274 and $361, with the latter covering the cellular, 128 GB variant. To have managed to build such a significantly improved device at entry level for considerably lower cost – a full $42 less than the 16GB Wi-Fi third generation iPad dropped last March – is pretty remarkable, particularly when one considers that just about everything has been improved. Of course, has IHS iSuppli carried out a cost analysis of the iPad 4, we’d have a better idea how much Apple managed to save in between times, but in eighteen months, it’s fair to say that the Cupertino company has improved its flagship tablet greatly, and saved significant amounts of money in the process. 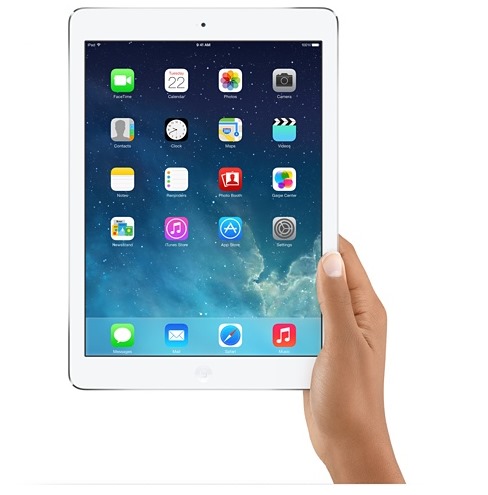 It’s worth remembering that these are mere estimates, since, as you’d imagine, Apple doesn’t openly publish these figures for all to see. But still, IHS iSuppli’s component-only count-up – not taking into consideration any production costs – puts the display in at $90, the touch-screen components at just under $50, and the heavily-lauded A7 processor at $18. Meanwhile, the flash memory chips range between an estimated $9 and $60, the DRAM chips around $10, and $32 for the cellular data network chips, each of which are supplied by Qualcomm. 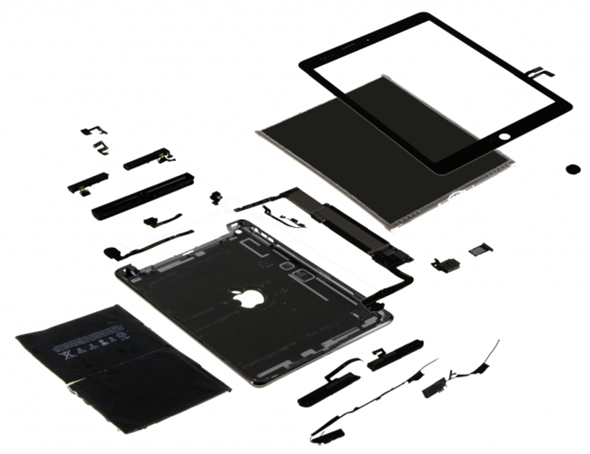 The IHS Suppli will be releasing its full and detailed report tomorrow, by which point, we’ll be able to check out a more concise round-up of the costs involved in making the iPad Air.

Still, with the iPad Air costing so much less in raw components, Apple has double the reason to smile smugly as the current market leader in tablet space. Strong emphasis on so much less since we’re talking about building units in millions.