We are quickly approaching that time of the year whereby Apple’s supply chains begin leaking clues on the Cupertino’s upcoming products, and while the iPad 5 is apparently set for a September release, the purported iPad mini may not be ready in time, probably releasing later on in the year.

The information comes from Digitimes’ "upstream suppliers," and with the tech publication being famously hit-and-miss with its pre-release reports, we’re taking this one with a pinch of salt.

Apple released both the third-gen and fourth-gen iPads last year, both of which were almost identical except for a slight bump in speed and a Lightning dock connector with the latter. This time out, it is reckoned the main iPad will borrow many of the iPad mini’s design traits, offering a slicker overall finish inclusive of a thinner bezel. In addition, the fifth-gen iPad will also offer improved battery life according to reports, and although the current model is by no means an excessive juice drainer, any improvements in this department are always welcome.

The iPad mini has been a big hit with Apple fans across the globe, but it was much to the disappointment of the tech world that Apple decided not to equip the scaled-down device with its famous Retina display. In a sense, many saw the mini as a redesigned and resized iPad 2 and when you look at the specs of each, it’s hard to argue with that assessment. 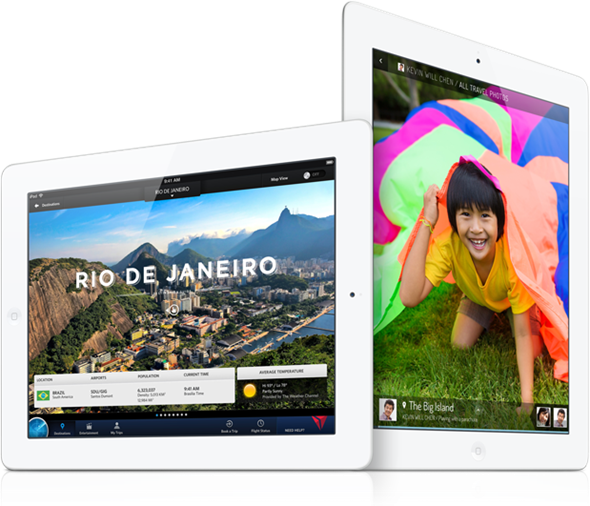 But the second-gen iPad mini, if not the iPad mini 2, has a chance to rectify this situation, yet due to the fruit company’s apparent indecision on the final details of the slate, Digitimes’ sources note that it will not be ready for September.

At this point, it would seem Apple is undecided on whether or not to pack in a Retina display, and while there would be design constraints thanks to the need for a stronger battery to facilitate this sharper screen, I would think the overwhelming majority of iPad mini fans are hoping Apple does come through with an improved resolution.

If the reported low-cost iPhone also bears fruit, it’s going to be a busy fall as far as Apple is concerned, and we’ll have all of the details here at Redmond Pie, so stay tuned!