Since Apple announced the new iPad nearly two weeks ago, the tech world has been inundated with questions – many of which have been answered with the subsequent release.

Does it overheat? How long does the battery really last? How much RAM does it have? These are all valid queries – especially considering the kind of money that Apple wants you to pay for one. Indeed, purchasing an iPad is just the beginning of the expense, for you need apps, music, videos, games, a decent case, insurance, and – if you’re looking for a cellular connection – a data plan. 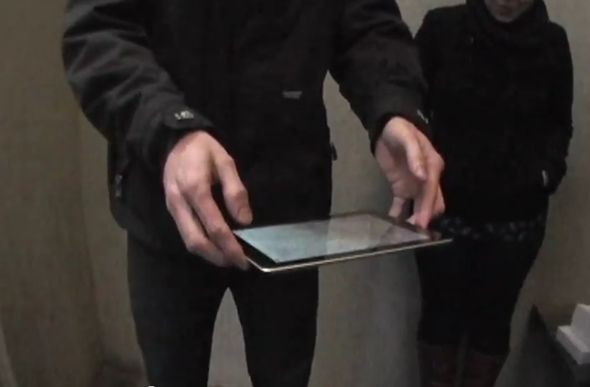 Being such an expensive gig has left many consumers priced out of the market – at least for the time being. Thus, the following video – which tests to see which of the iPad 2 and the new iPad comes to the most harm when dropped from various different heights – may just be a little too much for some viewers:

As well as being vaguely entertaining, it does highlight the fragility of a device, and also the importance of getting a decent protective encasement. While some may just have died a little inside to see such an occurrence, it’s not the first – nor will it be the last time an expensive gadget is destroyed in the name of "duh!". After all, it doesn’t take a genius to work out what happens when one drops a relatively slender electronic device from six feet a couple of times, and nor was it of any surprise to learn the fate of iPad 2, which was submerged in molten lava late last year (spoiler: it melted).

Nevertheless, I guess it’s fun if you’re in a position where you can afford to destroy iPads in such a manner. I presume the sport isn’t for everybody, though, and I’m sure none of you guys plan on "seeing if it has any effect" yourselves by voluntarily dropping your brand new iPad!

To conclude this sermon, the iPad 2 sustained less damage – mainly due to the fact it’s lighter than its successor. Slightly alarming, but the benefits of the new screen, camera, 4G LTE and processor certainly outweigh its slightly higher susceptibility to damage through careless handling.