iPad 2 Production To Begin In February, iPhone 5 In May – Report

Manufacturing of the second-generation of Apple’s iPad will begin in February according to China’s Commercial Times, says Apple Insider. The same source also claims the iPhone 5 will begin production around May. 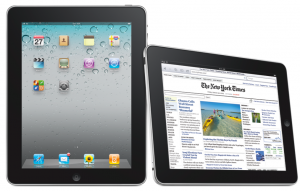 Commercial Times says February’s iPad production run will be a ‘small pilot’ with production expected to ramp up towards the second half of the year. Shipments are expected to be larger than the original iPad which should hopefully stop the shortage suffered first time around.

The report goes on to say that both Foxconn and Pegatron are expected to continue to be key players in the process.

According to sources in China, iPhone 5 production partners are expected to begin pumping out the new handset in May which would fit nicely with the now annual June release of Apple’s latest and greatest phone.