A recent report from reputable number-counting outfit Flurry has highlighted to us what we essentially already know – smartphones and tablets now make up the majority of the U.S. handheld gaming market in a near 60/40 split; which by our reckoning, will only continue to divide as specs are increased and bulkier dedicated portable consoles become less and less relevant. 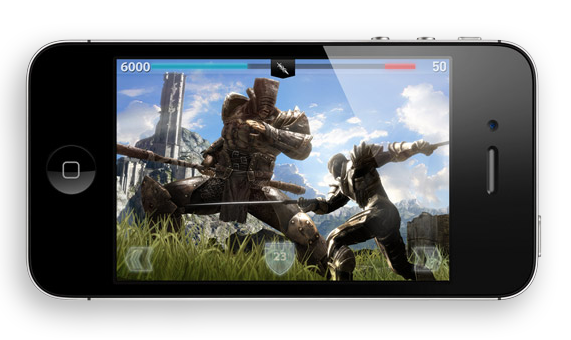 The App Store and Android Market are now the first port of call for those looking for a quick gaming fix when prized away from their Xbox 360 or PS3. The days of Nintendo’s GameBoy, Sega’s Game Gear (remember that?) and Sony’s PSP seem long gone as consumers flock to the lightning-speed inroads being made on Apple and Google’s handheld devices.

The key factor in the decline of having a separate gaming entity has as much to do with convenience and pocketability as anything else. Take Modern Combat 3 for iOS as a prime example. For a mere $9.99, any iPhone, iPad or iPod touch user can play titles with this kind of quality: 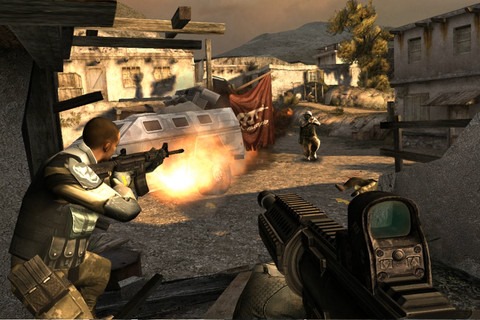 No need for a bulky DS or PSP, you can enjoy crisp, sharp gameplay and graphics on your slick, iOS device. Are you going to rush out and purchase a separate gaming console? Of course you’re not.

Flurry blogger Peter Farago has described 2011 as a “brutal” year for dedicated consoles, but it’s been on the cards for a while. Last year, iOS and Android’s market share had increased by 75% on 2009 – leaping from 19% to 34%. This year, that leap has been even larger – from 34% to 58% – up threefold in just two years. Those numbers aren’t just brutal – they’re devastating. 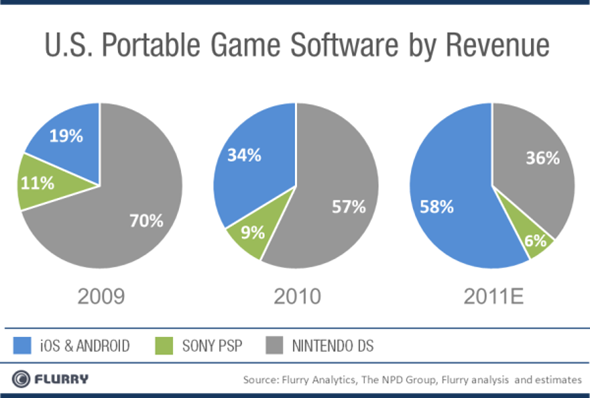 Gaming on mobile devices is going from strength to strength, and for dedicated console units, it seems an uphill – if not futile – battle to hold on to a consumer base. Nintendo has, throughout the last couple of years, been advised by investors to port classics such as Mario, Zelda, and Goldeneye through to iOS and Android, which would surely make a big impression. The Japanese gaming outfit has remained firm for now, but don’t doubt that Mario and Luigi will end up on another crazy adventure on your tablet and smartphone devices sometime soon.

Sony plans to release its PSP Vita handheld gaming console in the near future, but rather than the exciting buzz which would have, once upon a time, accompanied the period between announcement and release, it’s remained relatively out of the spotlight – while tablet devices such as Amazon’s Kindle Fire are preordered in record numbers.

Game over for PSP and Sony? Express your thoughts on our Google+ and Facebook pages.