The first iOS 9.2 beta comes only a week after Apple released the final version of iOS 9.1 to public. As mentioned earlier, the public beta is essentially the same build as the one released for developers two days back and hence has nothing majorly new to offer on the user-experience front. It focuses mainly on bug fixes and performance improvements as is usually the case with such incremental updates. 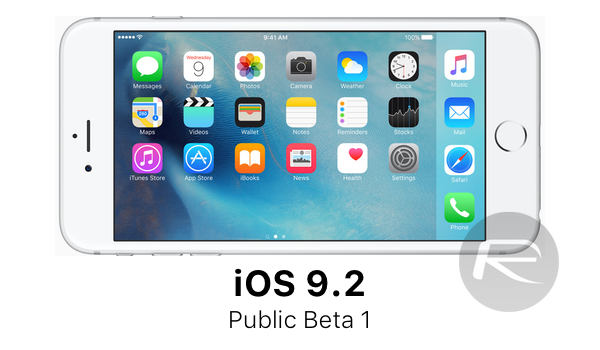 According to the official release notes which Apple published alongside the iOS 9.2 developer release, Apple has made some changes to the Safari View Controller, which is basically what powers the browser window in third party apps that choose to use it. such as Tweetbot. And so with the change in iOS 9.2, Safari View Controller will now support 3rd party Action Extensions. Besides this, iOS 9.2 also fixes an issue where WebApps that have been saved to the iOS Home screen “would not respect the apple-mobile-web-app-status-bar-style meta tag.” 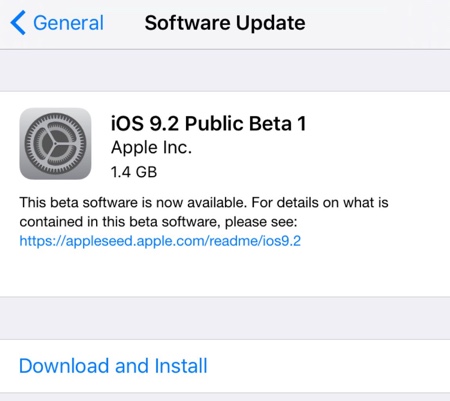 Those already enrolled in the Apple Public Beta program should be able to update to iOS 9.2 beta 1 via the usual Software Update mechanism found in the Settings.app > General > Software Update.

If you aren’t enrolled in Apple Beta Program yet, you can do so now by following our guide on how to sign up for it here. It’s free and available for everyone willing to test beta software for Apple.

There is no clear indication yet on when the final version of iOS 9.2 will be released to public, if we were to make a wild guess, we would say it would probably be released sometime end of November.

If you have updated your iPhone, iPad or iPod touch to the first beta of iOS 9.2, don’t forget to share your experience with us of any improvement you might have noticed in the latest iOS firmware in the comments section below.