Apple has made beta 1 of iOS 9.2 available for download only a week after it released final version of iOS 9.1 to public. The iOS 9.2 beta 1 is available now to registered members of Apple Developer Program.

It was just a few days back when Apple rolled out the final version of iOS 9.1, marking the end of those rather frequent beta releases. With the consumer release of Apple’s iOS 9.1 version out, there was bound to be something cooking in the labs at Cupertino. Unsurprisingly, iOS 9.2’s first beta has now made an appearance, which means anyone enrolled and with an active membership of the Apple Developer Program can download the IPSW file directly from the Apple Developer Center and install it on an iOS device through the usual process. 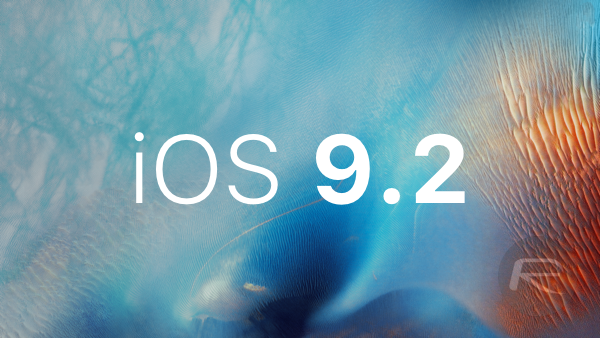 While iOS 9.1 brought in 150+ new emojis, support for Apple TV 4 and iPad Pro, iOS 9.2 on the other hand is more of a general bug fix and performance improvement release, with a major change being Safari View Controller (SFSafariViewController) in apps now supporting third-party Action Extensions.

Apple has confirmed this in accompanying release notes for iOS 9.2:

iOS 9.2 Beta 1 resolves an issue where WebApps saved to the home screen would not respect the apple-mobile-web-app-status-bar-style meta tag.

There’s no word yet on when Apple plans to release the final version of iOS 9.2 to public. Though Apple may seed iOS 9.2 beta 1 to those iPhone, iPad and iPod touch users who are enrolled in the Public Beta Program soon. We will let you know when or if that happens. Stay tuned.

We will also be installing iOS 9.2 on one of our test devices to take it for a spin and will report back if we spot any other changes.

If anyone of you have installed iOS 9.2 and spotted any hidden change not mentioned in the official release notes, do share it with us in the comments section below.