Apple has just released iOS 8.3 beta 3 download for iPhone, iPad and iPod touch devices. The update comes in just a few days after iOS 8.2 was released this week. More news on this development can be found right here.

Apple only launched iOS 8.2 to the public earlier this week to coincide with its Spring forward Apple Watch event, but even prior to its end user roll out following five pre-release betas, we already knew that work on its eventual successor, iOS 8.3, was well underway. It’s unusual for Apple to have two major software updates in beta at the same time, but the current climate is a testament to the Cupertino company’s revised, saturated release cycle, and with two iOS 8.3 betas already under its belt, the Mac maker has just seeded iOS 8.3 beta 3 to developers. 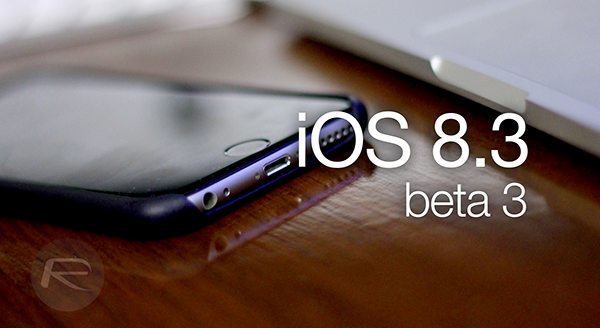 It’s only been a fortnight since beta 2 landed, and once again, it’s clear that Apple wants to keep things moving swiftly. There have been some complaints about bugs and other issues pertaining to the battery life with the just-dropped iOS 8.2, but since the next version is well into its beta stretch, Apple has the opportunity to quickly make amendments.

Just when iOS 8.3 will be ready for prime time is unknown, but it as we’ve seen with betas before now, it’s packed with interesting features. Notably, a substantially improved emoji system will roll out, offering social networking and IM fans a broader selection than ever before, while CarPlay will finally lose the Lightning shackles and become a wireless entity.

Apple Pay will extend its arm to the Chinese market as Apple continues to carry the flag for the contactless payment market, and Google’s range of services will reap the obvious security benefits of two-factor authentication. 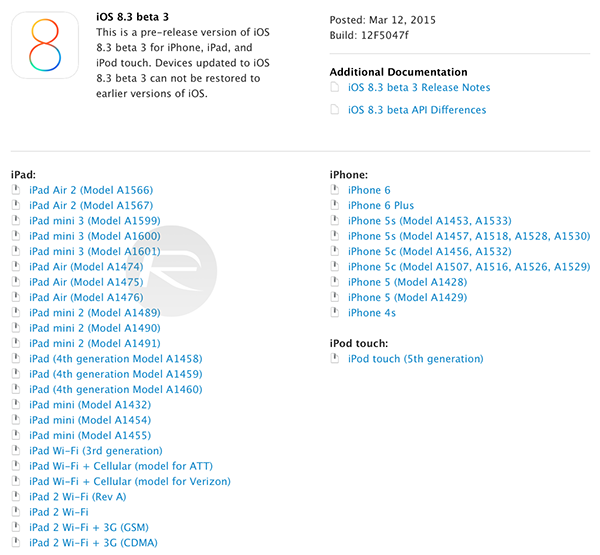 As ever, you will need to be a registered developer if you wish to install this latest build and mull over the changes that have been made. Provided that you are already subbed to the Developer Program, you can update right now by downloading the .IPSW from the Dev Center and installing via iTunes. Before you carry out this or indeed any other iOS update, though, be sure to take a backup just in case anything should go awry.

Given the mere two-week gap between this and the preceding beta, it’s likely that most changes are minimal. But nonetheless, we’ll be rootling around for anything interesting, and if we do spot anything noteworthy, we’ll be sure to update this article accordingly.

Update: The iOS 8.3 beta 3 update comes with the Apple Watch app. Apart from that, the Messages app now allows you to report texts with a new ‘Report Junk’ button. Lastly, you can now filter your conversations for specific contacts from everyone else using the new ‘Conversation List Filtering’ feature in Messages.