The good news stories relating to iOS jailbreaking are rolling through thick and fast just lately, and in another welcome advancement, the TaiG jailbreaking tool is now available with support for the English language. If you’re reading this, there’s a fairly good chance that your preferred language is indeed English, and below, we’ve the relevant details on how you can avail the new release.

TaiG, which covers iOS 8.1.1 to iOS 8.2 beta, was released late last week, and as revealed in a subsequent, clarifying statement, was developed by one hacker working completely independently. Much like the initial edition of Pangu8, which took care of all versions of iOS 8 prior to the most recent public version, the first run was organized to suit those with a grasp on Mandarin, but now, English support has been added to TaiG’s repertoire. 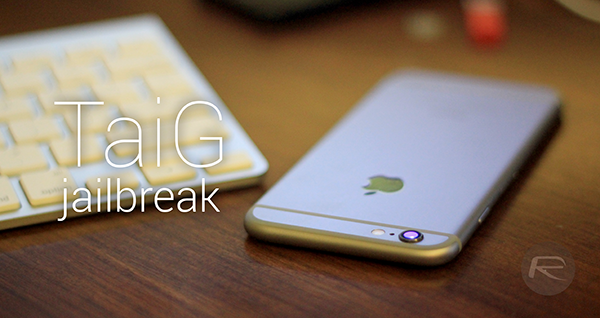 The fact that the jailbreak is so transparent, as corroborated by jailbreak legend MuscleNerd, is a big deal in itself, and having tried TaiG out for ourselves on a multitude of devices, we can indeed vouch that it is as smooth and flawless a jailbreak as we’ve hitherto experienced.

English language support was by no means a necessity – after all, a jailbreak is a jailbreak in any language – but the app is much more universal as a result, and if you’ve yet to indulge your iOS 8.1.1-running iPhone, iPad or iPod touch, you can now do so with minimal confusion. 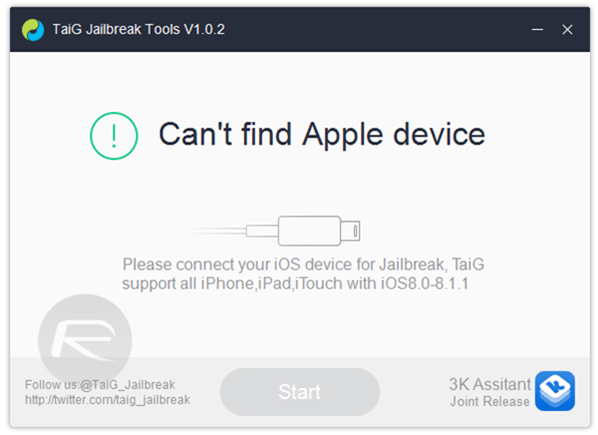 In the new version of TaiG, you’ll clearly notice which iOS feature(s) need to be disabled before the tool can go ahead to do its thing, for example Find My iPhone needs to be turned off. Apart from the fact that the latest version of Cydia will be injected upon jailbreaking, we strongly recommend ensuring that the box next to the 3K Assistant feature remains unchecked. 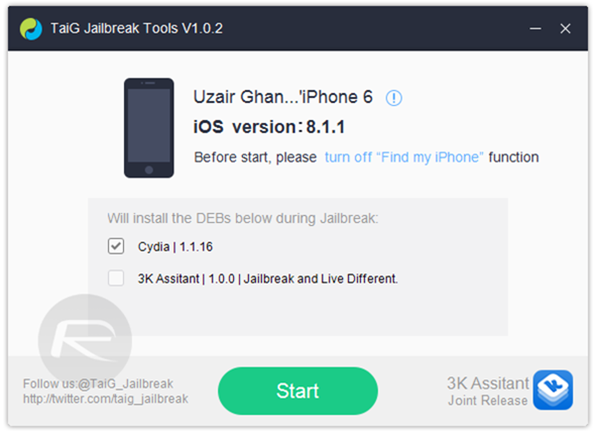 Everything you need to know is clearly outlined in the links to our tutorials below, and if you’re still on iOS 8.1 or earlier and wish to jailbreak untethered using Pangu8, then we’ve got you covered there as well.