iOS 8 Is Apparently Out, On Android

You could be forgiven for thinking that there’s nothing but iPhone 6 and iOS 8 news going on right now, what with the leaks, guessing games and varied opinions that are all flying around on a daily basis. In fact, it’s probably safe to say that if you’re not of the Apple persuasion, then you’re probably sick and tired of hearing about everything iOS. That’s why we hope you like this new Android theme we’re sharing with you today.

Oh, it looks like we’ve made a terrible mistake.

OK, so if you’re an Android owner but somehow still have a hankering for the world of iOS while being a tad eager to see what iOS 8 will like like when it gets announced at WWDC, then you’re probably going to like what we have for you. If not, well, there are plenty of other themes out there! 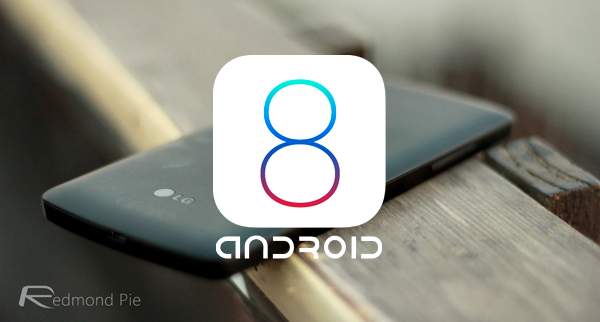 This particular offering goes by the simple name of ‘IOS 8’ and those paying attention will notice that capitalized letter ‘I’ – shudder. What you’ll get once you’ve installed it is what the theme’s developer thinks/hopes/guessed what the iOS 8 lock screen will consist of. They’ve then taken that and shoehorned it onto Android, complete with iOS-ish icons and clock text. We say ‘ish’ because we’ve no idea what iOS 8 will look like. We’re not sure it’ll look like this, though!

Whatever Jonny Ive ships, this theme is nice enough in its own right. Those unlocking their device will be able to quickly launch apps depending on where they drag to from the center of a circle and everything looks nice and minimalist. It’s not the first theme to look like that though, but if you’re on the lookout for a new theme then you could probably do worse than this one. 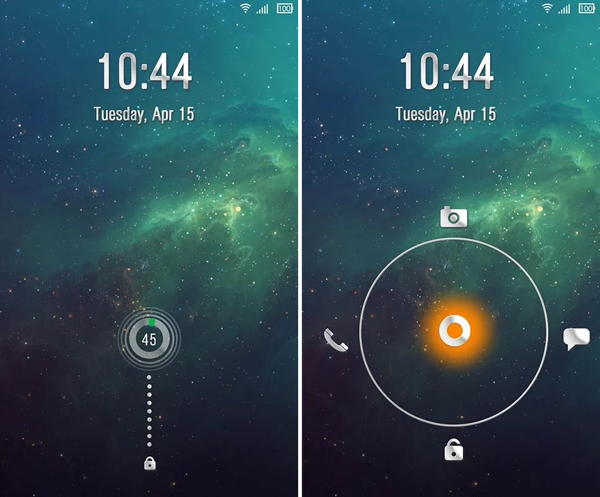 Oh, and it’s free, which helps when you’re looking into these things. Feel free to download at will, just don’t expect Apple’s new version of iOS to look anything like this when it gets its big unveiling in a few weeks.