iOS 7 Ringtone Remixed And Turned Into A Cool Track [Video]

On YouTube, there’s a video for pretty much every one out there. The video-sharing site has grown exponentially since its Google acquisition with countless new videos being posted every day of the week. Regardless of if you’re looking for gaming videos, step-by-step baking tutorials or even unboxing videos, YouTube has it all. If your current tastes are leaning towards wanting to watch videos involving awesome remixes of the iPhone ringtone, then we’ve got some great news for you – YouTube user MetroGnome just uploaded the best one we’ve seen.

As you can imagine, there’s been a number of attempts at remixing the iPhone ringtone over the years. Some of those attempts have been rather impressive. Some immediately faded from memory, never to be heard again. This latest MetroGnome attempt is undoubtedly one of the best that we’ve heard; not only it turns the Opening iOS 7 ringtone into a rather catchy three-minute song, but also because the video demonstrates the musical mastery and concentration that goes into the creation. Oh, and there’s a pretty impressive guitar solo at the end to finish the composition off. 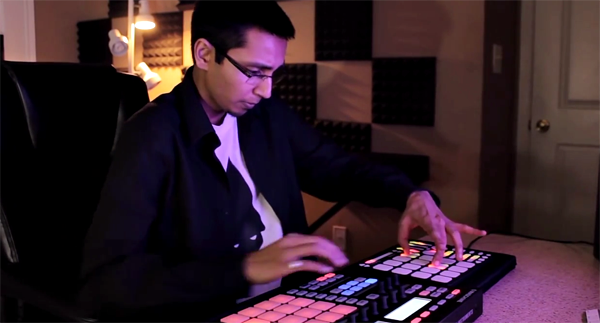 In addition to remixing the iPhone ringtone, the composer also manages to earn additional Cupertino brownie points by fitting in a number of other sounds that will be immediately recognizable to iPhone owners. The standard iPhone alarm tone makes an appearance during the three-minute musical ensemble, as does the immediately recognizable Siri digital assistant on a number of occasions. As an act of kindness, MetroGnome has even made the track available as a free-of-charge download so we can all have a modern version of the classic as our individual ringtone.

This isn’t the first attempt by MetroGnome at remixing. His official YouTube account contains a number of uploads of similar nature, with things like The Breaking Bad theme getting an overhaul as well as popular pop songs like Maroon 5’s One More Night.

Check out the video for yourself and see what you think.

If you want to grab the track for free, then simply point your browser to: itsmetrognome.com/music/

Will you be “that” person who downloads it and sets it as your default ringtone?