Despite the shockingly-bad Maps app upsetting a vast number of iOS 6 users, the Cupertino company’s latest and greatest mobile firmware has been downloaded and installed in record numbers. Fuelled by the frenzied consumer rush for the new iPhone 5, the new operating system has been adopted at a rate 122 percent faster than iOS 5, which released last October.

Such figures are pretty flabbergasting, and features such as Siri for iPad, Facebook integration and Passbook will no doubt have swayed some of those sitting on the fence. One app which probably prevented the number of early adopters from soaring even further, however, is Apple’s new Maps offering.

Apple does like a gimmick or two, and in waving 3D Mapping in everybody’s faces, grossly underestimated consumer reliability on the native Maps service. If Apple had realized iOS users like their app to be smooth and functional as well as offering a fancy feature or two, perhaps the current backlash would never have ensued.

Having today managed to spend an hour or so with an iPhone 5, I’m not nearly as impressed by the new software as I am with the hardware. At present, it’s certainly cool to slate Apple Maps, but in reality, the criticism is justified. Google’s Maps app was never mind-blowingly exceptional, but it did a good job, and despite 3D mapping and turn-by-turn navigation from Apple’s new Maps service, I – along with many iDevice users – will put my faith in the Mountain View-based company delivering a solid Maps app over at the App Store in the near future.

The YouTube app, which was also ditched as a native offering, has been significantly improved and is now slicker than ever, and I think most iPhone, iPad and iPod touch users running iOS 6 will be holding out more hope for something similar in the mapping department. 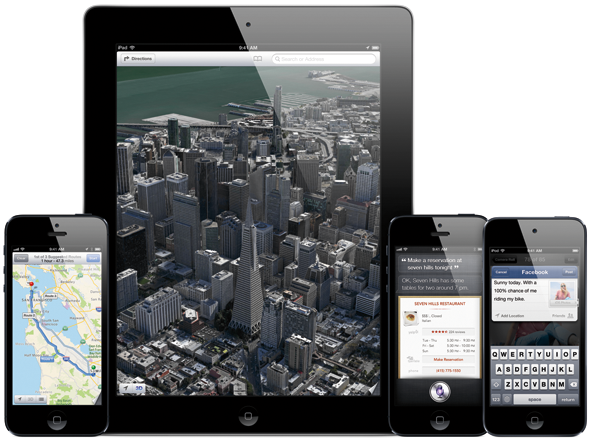 Meanwhile, Apple has promised it will update and improve its Maps offering in an almost apologetic press statement, but is certainly in a race against time to convince consumers scrapping the old Google Maps was the correct decision.

Ultimately, with such a high adoption rate, the Cupertino company will be pleased, but there’s still much work to be done if this launch is to be as successful as billed.