New code dumps of apps inside iOS 6 suggest that Apple may be bringing its new-style mapping software to the Mac, with Google’s own maps set to lose out.

With iOS 6, Apple will complete the transition away from Google’s own mapping service and towards a new, in-house solution. By removing Google from the equation, Apple hopes to be able to iterate more quickly whilst remaining in complete control of the application which sits at the core of so many iOS apps. 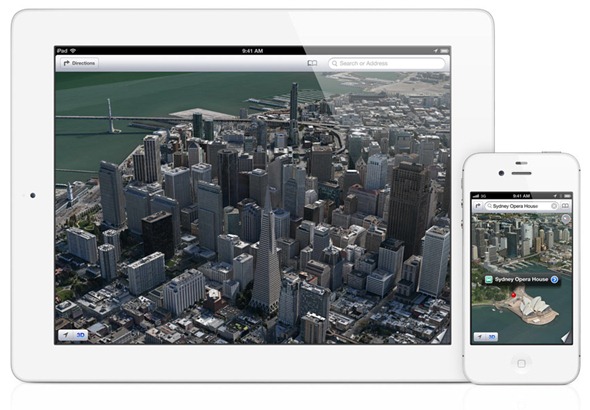 While iOS 6 is still in the very early beta stages with a release slated for later this year, Apple has already seeded a couple of beta releases to developers of App Store apps and anyone who is willing to stump up the $99 to register. That low barrier to entry means that anyone and everyone can theoretically get their hands on iOS 6 right now, meaning interesting little tidbits of information are beginning to leak out. The latest, related to the Maps application, suggests that Apple’s maps may be coming to the Mac by way of some sort of new integration.

The discovery was made by a developer named Cody Cooper, who told TechPP that a code dump of iOS 6’s Maps app could potentially point to new Mac integration due to references to Intel graphics which are found in Mac computers.

Cooper discovered that one XML file made mention of Intel-based graphics chipsets that would have specific shaders disabled, presumably due to incompatibility. This has led Cooper and others to suggest that some sort of iOS 6 Maps integration could be included on the Mac. Links with iPhoto, for example, could mean that Google’s mapping system is removed from the geotagging feature that is currently integral to iPhoto, for example.

With iOS 6 set to ship towards October-time, and the newest version of OS X, Mountain Lion due very soon, it is entirely possible that Apple will take the opportunity to banish Google Maps from its desktop machines, just as it is in the middle of doing for its mobile iOS devices. It is no secret that Apple and Google no longer see eye-to-eye on a number of things, and removing Google Maps from its machines is something Apple seems to have as objective number one currently.