According to people snooping through Apple’s iOS 5 beta, new iPhones and iPads are currently being tested by the company. Interestingly, no mention of a next generation iPod touch was found, however.

It’s not unusual for new product codes to be found inside Apple iOS betas – we were seeing the CDMA iPhone’s ‘iPhone 3,3’ moniker months before the Verizon handset made its way onto shelves. What is a surprise is the lack of any mention of a 5th generation iPod touch.

Usually announced in September, the iPod touch could be a victim of the change in iPhone release cycle according to TUAW, with Apple not wanting to take any of the limelight away from its premium iOS product.

Interestingly, there are no mentions of a new iPod touch. If there really is no iPod touch 5 ready to launch in September (the typical iPod refresh time), sources believe it could be because Apple is reserving the spotlight for another member of its iOS family, namely the iPhone 5. 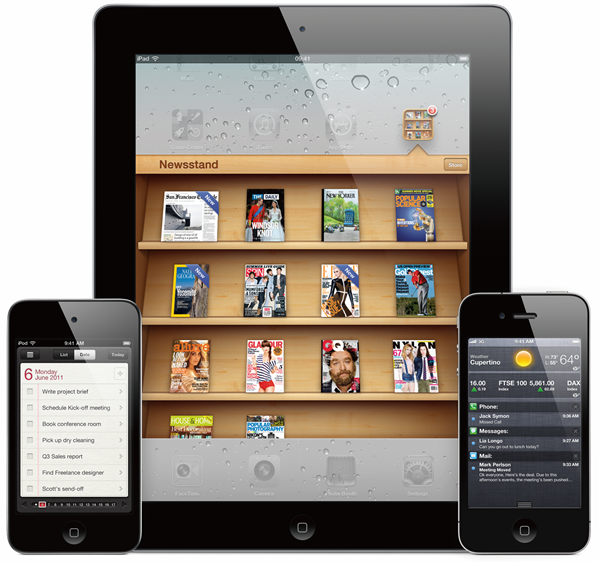 It’s a theory that makes sense with Apple usually bringing its iPod touch up to iPhone specs a few months after the newest iPhone has made its way into eager punters’ hands.

Could Apple be moving to a new release schedule which sees iPod touches get stage time alongside what is in effect its larger brother, the iPad? Rumors of a new iPad hitting shelves late this year have been around for some time – could both releases happen together?

While four new products could mean a CDMA or GSM iPhone and Wi-Fi or 3G iPad, it wouldn’t be the first time a product mentioned in a beta has gone walkabout. The “iPhone 3,2” never saw the light of day with speculation that it was a T-Mobile device that never got the required deals in place for it to be released.

As tends to be the case with these things, time will tell and soon enough we’ll know just what’s going on behind those closed doors in Cupertino.

Until then, let the speculation continue!