If you’ve been reading this site for the last few days, you’re probably aware iOS Beta 2 came out a few days ago. Although it feels mostly identical to the current version, but there are some differences. Thankfully, our very own Steven Chi has published a video highlighting the enhancements in this new version.

The first and most prominent feature of them all is wireless sync, which is now live in Beta 2 for the first time. As we’ve showcased before, users will simply have to plug in their device once and set it up through iTunes and then enabling the syncing option on the device, by going onto General > iTunes Sync. When the device is syncing, an icon will appear on the iOS status bar, as shown on the picture below.

There’s also a slightly different lock screen design. Before Beta 2, notifications would simply be displayed as a list on the lock screen, but now they’re way more prominent, with the most recent notification right at the center of the screen. There’s also a pull-down menu, allowing users to access other notifications and take action on them straight away. 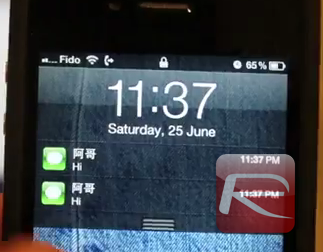 Lastly, there’s an enhancement that has been looked forward to by many who do typing-intensive tasks in landscape mode, using Apps like iMessage, for example. In prior versions, text was nearly invisible whenever the keyboard was enabled, but now the virtual keyboard automatically slides out of the way whenever the text underneath is interacted with, for scrolling or otherwise. 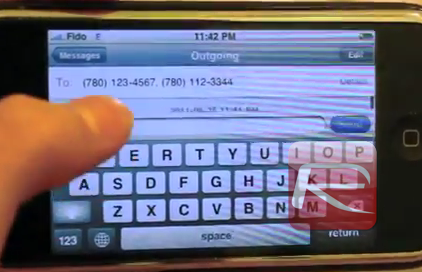 iOS 5 was first announced at WWDC, Apple’s developer-oriented conference, at the beginning of this month and is expected to be available to the general public sometime in the fall, most likely along with new devices.

The new release of iOS 5 brought several improvements that had already been announced at the conference, such as over-the-air software updates, allowing users to update their device’s software without the need to plug it into a computer running iTunes. Beta 2 has also patched the vulnerability that allowed iOS 5 to be unlocked using a GEVEY SIM card.

In order to get iOS 5 legally right now, you need to be registered with Apple. Registrations are available to anyone for $99 a year. A subscription gives user access to developer documentation and pre-release versions of iOS and other related software as soon as it becomes available.

Check out the complete iOS 5 Beta 2 video walkthrough below: