Here’s a side-by-side comparison of battery life drain on the iOS 12.1.3 versus that on iOS 12.1.2 release, tested on newer and older iPhones, from the iPhone 8 all the way to the iPhone 5s.

Now that iOS 12.1.3 is out in the wild and people around the globe are using it on their iPhones and iPads, we’re starting to get a better feel for how the software performs now that it’s out of beta. So far, we haven’t heard of any show-stopping problems, which isn’t always a given with Apple’s iOS releases, especially of late, but there is still one question to answer: how is the battery life on the latest release? There have been reports in the past of new iOS releases having pretty disastrous effects on how an iPhone’s battery performs, and while things have settled down through the past few iterations, you never do know how a release will fare. 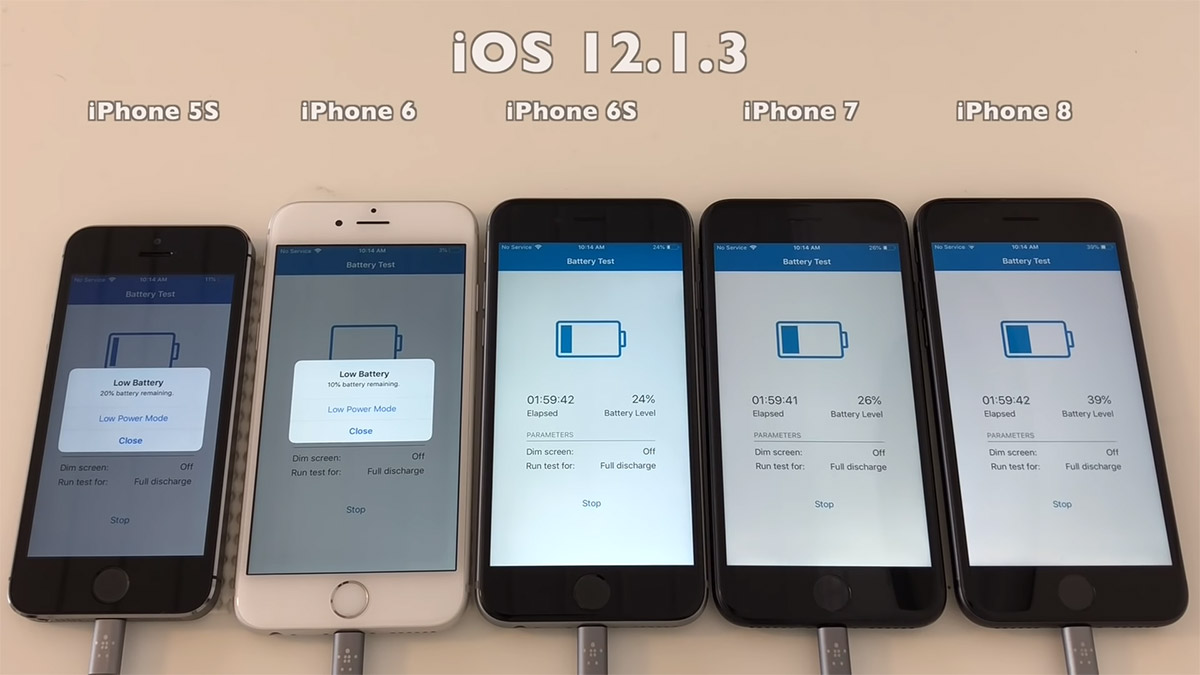 The folks at YouTube channel iAppleBytes have taken it upon themselves to keep tabs on battery life throughout iOS betas and official releases, and they’re back again with comparisons of the battery life across multiple handsets. By taking newer and older iPhones and installing iOS 12.1.2 and iOS 12.1.3 on them, they were able to get a feel for how battery life is affected with each firmware.

It’s worth checking the video out for yourself for the full lowdown, but it’s looking like Apple has gotten a hang of eking every last bit of juice out of an iPhone’s battery these days. If you’ve got an iPhone that’s lasting a decent amount of time on a single charge now, the chances are good that it will do as well, or slightly better with iOS 12.1.3 installed.

Basically, nobody should be letting battery life keep them from updating these days. You can watch the full video below.