Apple has today made iOS 12 beta 6 available to the developers alongside a rat of other beta updates including macOS Mojave, tvOS and watchOS.

These all come a week after beta 5 was released, suggesting Apple is perhaps picking up the pace as we barrel down the road towards a final release to the public next month. 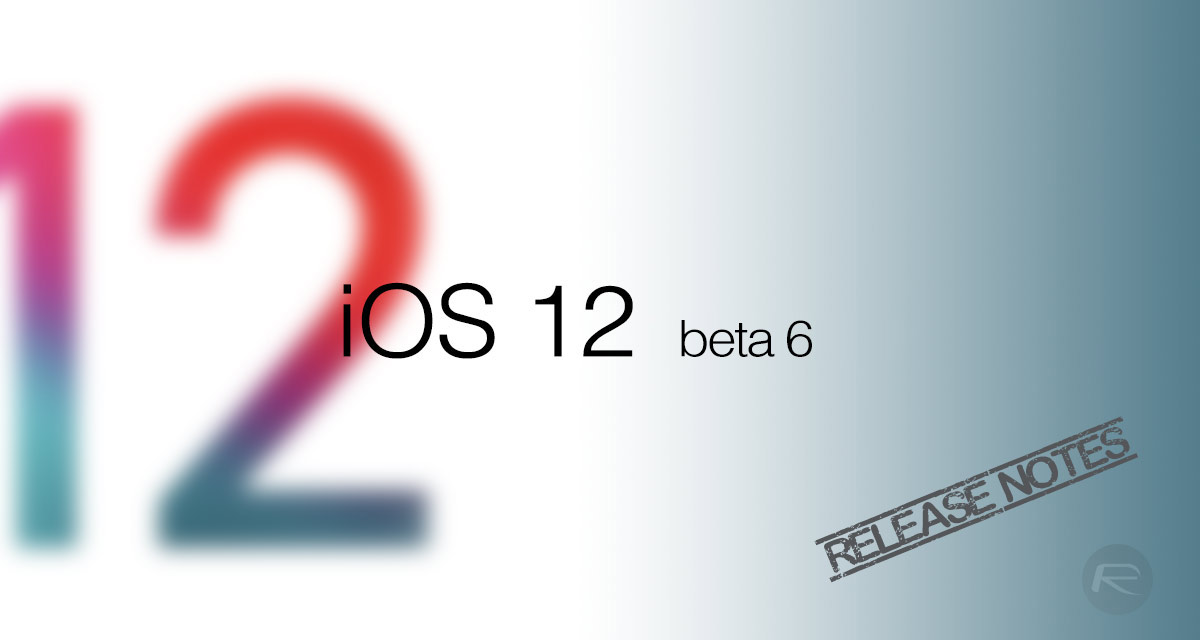 Apple normally goes two weeks between beta outings, so it’s likely there is something substantial in this update even if it is under the hood rather than user facing. Regardless, with developers and interested parties downloading the update as of right now it’s likely we’ll know what’s in there soon enough.

Of course, there is a better way of knowing what Apple has in store when an update lands, especially a beta update, and that is to check out Apple’s software release notes. That same goes for iOS 12 beta 6 with the release notes now available via Apple’s developer portal. In it we find a list of which issues have been resolved and what new issues have been created in this release.

The full six-page release notes make for interesting reading and if you’re considering installing this particular beta, or indeed any others, we heartily suggest giving these notes a good read before you do just in case there is anything going on that could cause you issues. If you’re a developer then there are even more reasons to see what Apple has to say.

Apple’s iOS 12 release will bring with it a number of improvements over iOS 11 including a revamped notification system and a new digital wellbeing feature called “Screen Time” that will allow users to keep tabs on how much they are using their iOS devices, which apps they’re accessing as well as giving them the tools to lock kids out of apps after a specific amount of time. Similar features are also on their way to Android Pie, too, with Apple likely to be the first to make its own version available to users.

Complete official changelog for iOS 12 beta 6 can be found below: