Anyone with even the smallest interest in Apple, its devices, and the software that it provides should already be well aware that the company has pushed out the third developer beta of iOS 12 to the community.

As always, with each release, it’s great to see exactly what’s new and what developers can expect to receive when they download and install the build. 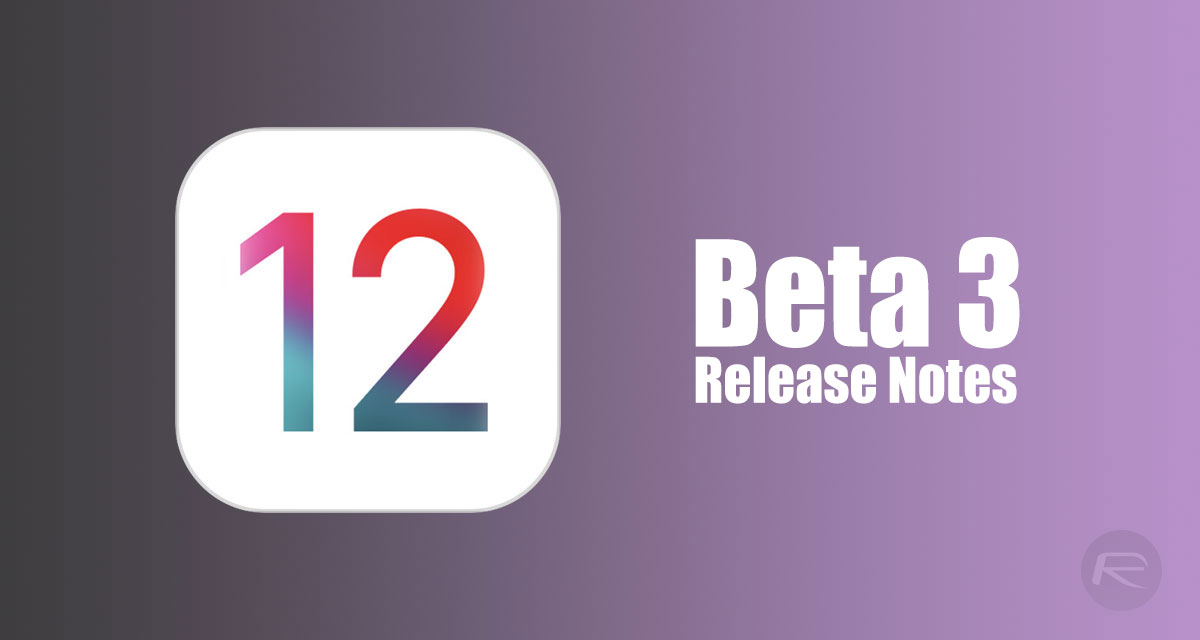 With each public software release – regardless of whether that is iOS, macOS, watchOS, or tvOS – Apple pushes out a set of verbose release notes containing everything that’s new and highlighting exactly what device owners can expect to receive when they perform the installation.

The same applies to pre-release versions of software – in theory – meaning that it is also possible to see exactly what has changed with each beta, but perhaps more importantly, see what is yet to be fixed and where the known issues lie. This gives developers and public testers a good understanding of where Apple is at in the development roadmap.

Also, we’re now getting into that period where the iOS 12 beta is pushed out to registered developers and then to public testers soon after with alarming regularity to ensure that the development process is sped up and on track for a public release later this year. That means that those testers should see builds coming more frequently, with each build containing a decent set of changes and improvements each time.

With each build, including this one, there should also be a set of release notes highlighting exactly what is fixed and what is yet to be tackled. So, if you are running the iOS 12 beta, and have been experiencing problems or have been reporting issues, you can quickly check to see if Apple has addressed your concerns with this latest build.

If you are an iOS 12 beta 2 tester, or if you have been thinking about getting involved from beta 3 onwards, then check out the official Apple release notes below before you dive in and start testing. They should give you a good understanding of how stable the platform currently is and whether or not any issues exist in the functionality that you make the most use of.

Remember, if you do want to get involved, then you should never rely on the pre-release software on your main device. It’s a beta for a reason!

We will of course be updating this post if new features are found in iOS 12 beta 3 in addition to changes Apple has provided in official changelog. Stay tuned for more.