Now that Apple has released iOS 10.1 officially to the public, the company has also pushed out an official and comprehensive changelog and security accompaniment that gives an in-depth overview of what’s included with the latest firmware update for iPhone, iPad and iPod touch devices. 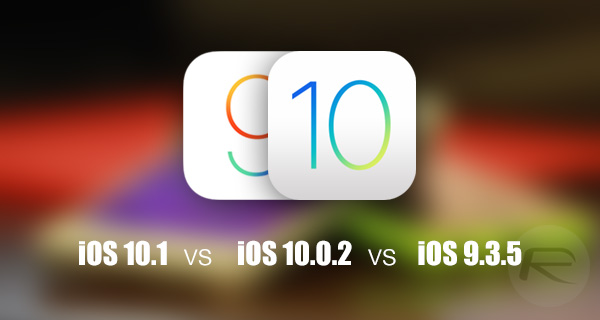 Rather than just introduce the Portrait mode for iPhone 7 Plus owners, we now know that 10.1 also includes a number of important security patches, such as closing a vulnerability that allowed malicious JPEG images to execute arbitrary code. Patches and improvements are great, and highly necessary, but where does iOS 10.1 register from a performance standpoint, especially on older devices?

As is part of the usual process when new versions of iOS are concerned, one YouTube channel has put together a number of videos that show the latest version of iOS, which in this instance is iOS 10.1, running on various iPhone models in order to get an overall picture of how the firmware performs on each device type. It’s also a perfect opportunity to try and measure the performance of iOS 10.1 against the last publicly available version of the platform, which is iOS 10.0.2.

For the sake of this test, the channel owner has ran iOS 10.1 on an iPhone 5, iPhone 5s, iPhone 6, and an iPhone 6s, which provides a fairly accurate understanding of not only how Apple’s modern devices execute iOS 10.1, but also how older, less powerful devices perform. You’ll be pleased to hear that it’s actually good news. It seems that iOS 10.1 performs just as well as iOS 10.0.2 with no noticeable performance issues on newer and even older devices. Apps launch at comparable speeds, both from a cold launch and from memory. Even the Geekbench tests results are strikingly similar across both versions of iOS.

Those individuals who are still clinging onto iOS 9.3.5 however are the ones who may notice a difference with the tests also showing that iOS 10.1 does have some performance degradations compared to that version of iOS. In all honesty, that’s probably to be expected given the many wholesale changes made in iOS 10. iOS 9.3.5 not only boots up faster, but takes a slight edge when ran through Geekbench.

Check out the comparison videos yourself. Does the highlighted performance on your particular device make you reconsider the upgrade to iOS 10.1, or will you be instantly jumping to it purely for the security patches and peace of mind that it brings?