Sometimes it isn’t the most obvious of connections to make, but technology companies and sports do often go hand in hand much more than you may realize.

Take Intel, for example. The chip giant is working with the folks behind the International Cricket Council (ICC) to bring advanced technology to the ICC Champions Trophy 2017, and it outlined some of that in a posting to its website. These include a drone that will provide advanced pitch analysis and a virtual reality experience for fans at stadia. 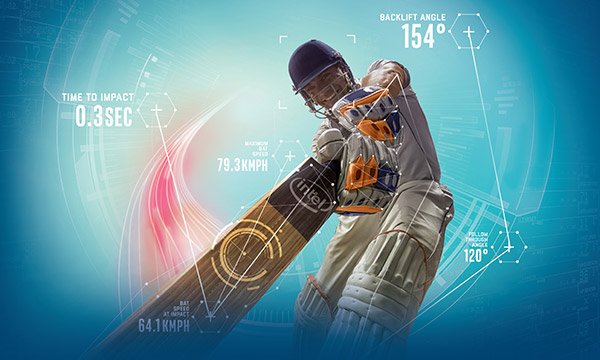 One part of the work Intel has been doing has introduced a new bat sensor powered by Intel Curie technology. This can be attached to any cricket bat and will provide statistics on the player’s swing, allowing for advanced analysis that could help players and coaches work together in order to improve that player’s swing and overall game.

With this technology, parameters like back-lift, bat speed and follow-through can be tracked for every cricket stroke. Several batsmen will use these bat sensors in the games at the 2017 Champions Trophy, enabling new insights on stroke play and rich storytelling during broadcasts.

Of course, with virtual reality being the big thing in technology right now, Intel could not pass up the opportunity to show its capabilities in this area. VR units will be available at some cricket matches, allowing fans to step into the action themselves.

Virtual reality (VR) experience zones at The Oval and Edgbaston will allow fans to experience facing a virtual bowler in an immersive cricketing environment. Using a head mounted display (HMD), the player will be able to test his or her batting skills against a virtual bowler.

The ICC Champions Trophy kicks off on June 1st with England Vs Bangladesh at The Oval, with New Zealand, Australia, Sri Lanka, South Africa, India and Pakistan also taking part. The video below nicely summarizes Intel’s plans for the tournament.