Nokia only recently claimed single -ore processors were all that was needed to power today’s smartphones, though thanks to market pressure, compromised in bringing a dual-core chip to the Lumia 920. Look at the entire smartphone and tablet market, and you’ll notice each vendor is following a similar motif in adding more cores as a form of natural progression. However, if you thought the Galaxy S III was a bit of a powerhouse with its quad-core Exynos processor, wait until you get a load of what Intel is cooking up.

The company, which is by far the foremost manufacturer of processors in the world of computing, is looking to build an incredible 48-core processor for smartphones and tablets. Considering the speed of the iPhone 5, for example, which runs on a dual-core A6 chip, a 48 core chip should be one notch slower than telepathy, right?

Well in actual fact, while the core count is certainly a useful component in determining the overall speed of a device, it’s certainly not the end-all, be-all. In a similar manner to which the number of megapixels is used to monopolize smartphone cameras, many consumers are led to believe that a device with more cores than another is, by and large, a more efficient one.

Cores serve to chop up big tasks into digestible chunks, so the more cores you have, the more chunks can be dealt with without lagging up the device. Thus, if you have 48 cores, than number of complicated tasks could occur at the same time. Before you all get excited, though, the experts have already waded in and insisted the technology is a decade off reaching our prized mobile assets. 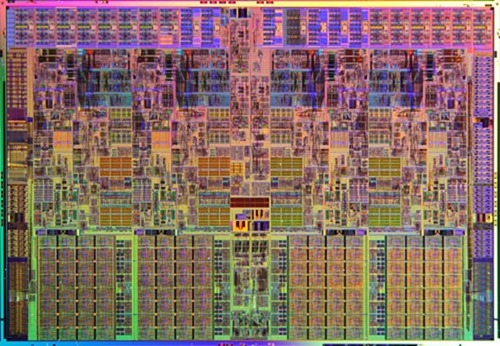 Undeterred by the claims of a ten-year wait, however, Intel’s chief technology officer believes 48-core processors could make an appearance long before then, and seems pretty enthusiastic about his company’s progress. Speaking with Computerworld, he noted:

I think the desire to move to more natural interfaces to make the interaction much more human-like is really going to drive the computational requirements. Having large numbers of cores to generate very high performance levels is the most energy efficient way to deliver those performance levels.