InstaTweet For iPhone And iPad Lets You Send Out Tweets In A Snap – Download Now!

Social networking is an integral part of many of our lives. From Facebook to Flickr, most smartphone users are logging in, posting content and interacting with each other. 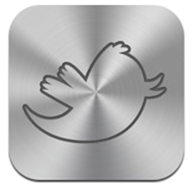 There is certainly not a shortage of apps ready to take the social experience to the next level, either. Besides the official apps, there hare dozens of third party vendors bringing a different perspective to the social sphere. Some are highly recommended, delivering superb functionality (I’m looking at you, TweetBot), whilst others can make social network time consuming, often sapping the fun from interacting with friends, colleagues and relatives.

None, though, have managed to achieve the spectacular simplicity of InstaTweet, a new app for iOS 5 devices. It’s a no-frills, no-fuss app which concentrates on one thing and one thing alone – tweeting. When on the go, often is the case that users wish to broadcast a quick message or thoughts without the fuss of having to open an app and locate the necessary function to do so. InstaTweet takes advantage of  iOS5‘s Twitter integration, allowing users to initiate the Twitter pane, click the button and tweet away, as depicted below: 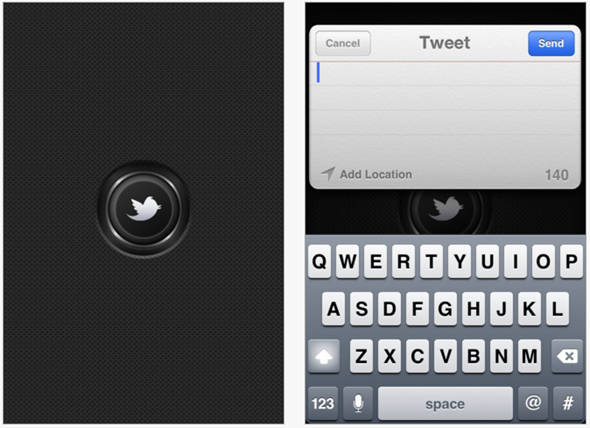 Ok, so it’s rather bland, and there are no extra bells and whistles such as animations. Moreover, you can’t check any part of your Twitter account such as direct messages, timeline or mentions. Then again, there’s an official twitter app for that, and although a pretty UI is often a deal make-or-breaker to many, perfect functionality is the key to productivity (although spending copious amounts of time on Twitter, is perhaps not).

Obviously, to enjoy instantaneous tweets via InstaTweet, you will need an iOS 5 device, as well as $0.99 to spare in your back pocket. If you’re an incessant tweeter, spending an unhealthy amount of time sharing your thoughts with the world, this app could turn out to be your perfect companion. It works for both iPhone and iPad, so whether you’re using tablet or smartphone, you can swiftly broadcast your thoughts, provided you can keep within the 140 character limit!

Download the app straight from Apple’s App Store via the following link, or just by launching the App Store app on your iPhone, iPad or iPod touch.