Instagram for iOS and Android has been updated with the ability to upload up to 10 photos and videos at once in one single post. Here’s how it works.

Since being acquired by Facebook, Instagram has had multiple version updates, resulting in a plethora of new features being added, as well as improvements in key areas. In fact, like a number of Facebook’s other products, it’s become a lot more like Snapchat in a number of ways. However, whatever your opinion is of Instagram’s evolution, the latest update to the platform introduces a feature which a lot of hardcore Instagram users had been screaming out for. 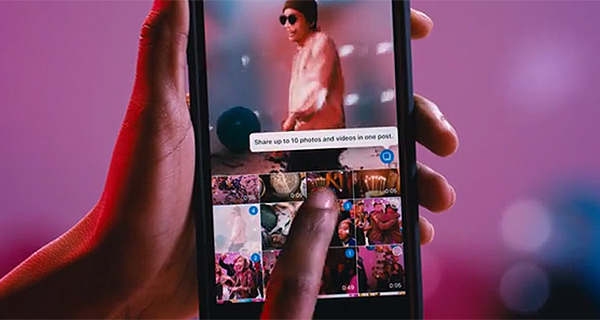 As a Instagram user, you may have seen some shares from special accounts in the past with multiple media uploads displayed in a scrolling carousel. Those kinds of special posts were limited to only some accounts, well until today that is, when just about anyone can make use of a similar feature.

In an accompanying blog post on the subject, Instagram has made it clear that while users will be able to upload multiple photos and videos at once, those uploads will be shared as a single entity on an Instagram feed with a single caption, and will be presented in a horizontal scrolling carousel which will allow users to tell a story of a particular event or experience a lot better than having to choose a single image or video which best represents that occasion.

The posting experience is largely similar to how it’s always been, except users are asked to tap the photo stack icon titled “SELECT MULTIPLE” to start the process of multiple uploads. From here on, simply tap the photos in the order you wish them to appear in the carousel. That order can be changed later as well. As for filters and editing, you can choose to apply one filter to all selected photos and videos, or choose one for each photo and video one by one. 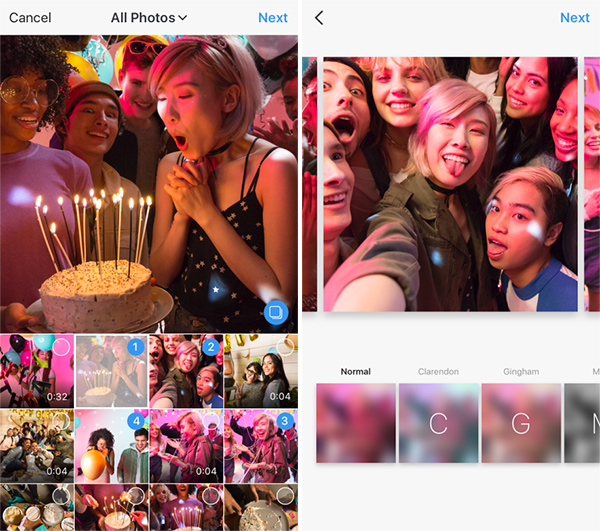 The planned multiple upload feature is genuinely one step in the right direction for Instagram, and definitely something which will be utilized a lot by users looking to tell a story. Instagram itself suggests one particular use case; showing the steps involved in a delicious recipe. 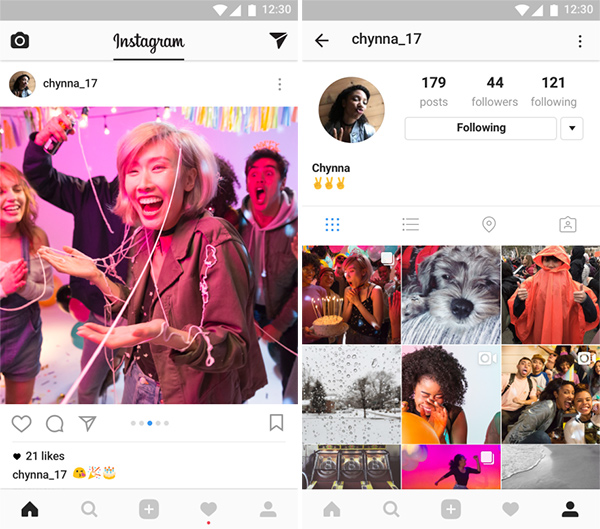 The aforementioned Instagram update for iOS and Android is rolling out right now, so if you don’t see this new feature just yet, you will soon enough.