Infinity Blade has been quite the graphics benchmark on iOS since it first came out five years ago. The brilliant title which is now in its third iteration, called Infinity Blade III, has completely shed its price tag for the first time and can be downloaded absolutely free on all compatible iOS devices. Download links and details to follow right after the jump.

Infinity Blade has long held itself as a premium game, where the latest offering from the Chair Entertainment can be normally found carrying a $6.99 price tag that many are not ready to fork out, despite the beautiful graphics and the immersive gameplay. The last time Infinity Blade III went near free on the App Store, was when the game hit a lowly $0.99 bargain of a price, but never since its release had the title been available for free. 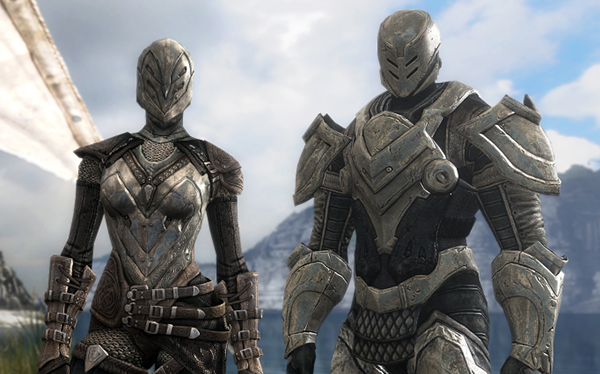 Those of you unaware of the Infinity Blade franchise, the game carries a sword wielding and swinging theme where the concept of ‘champions vs villains’ is very much alive. Move around an immersive 3D world by tapping on the screen, and make your fighting skills count through purely touch based intuitive, including swipe. The action is truly cinematic, with each move popping up with life thanks to the Unreal Engine technology that is powering the title at the back end.

“Siris and Isa have joined with the God-King Raidriar in a desperate attempt to destroy the Worker of Secrets and his army of Deathless titans.” One-of-a-kind role playing game, Chair has clearly applied the “if it aint broke, don’t fix it” philosophy in approach to Infinity Blade III’s combat system and resulting experience. However, the developers have thrown in two playable characters into the mix this time around, each with their unique abilities. “Battle all-new enemies as both the legendary hero Siris, and the stealthy female warrior-thief, Isa, each with three unique combat styles and hundreds of fantastic weapons and items.”

If you are new to the Infinity Blade franchise, it is highly recommended that you give this latest title a whirl on your iPhone or iPad, better yet if you’ve played the earlier two releases, getting your hands on the third – now that it’s free – is really a no-brainer. Remember, it is free for limited time only. So don’t waste any time and grab the game now for free before it goes back to its regular $7 price.

Infinity Blade III is compatible with all iOS devices running iOS 6.0 or above, and supports full resolution on devices like the iPhone 6, iPhone 6s, iPad Air 2, and iPad mini 3.

(Download: Infinity Blade III for iPhone and iPad from the App Store)