If you’re at all tech savvy, chances are high that you’ll be a movie junkie as well. And if you qualify this criteria, one of your top visited websites has to include IMDb.

IMDb, or Internet Movie Database, is one of the largest online portals containing the most massive database of movies and related information, including plot outlines, artist biographies, trivia, fan forums and much much more. The portal is so famous that it has apps for almost every major smartphone and tablet platform, with one of the best variants being the one for Apple’s iOS ecosystem.

And now, the iPhone and Android apps for IMDb have received a much needed (and hauled) update, brining features such as in-app purchase of movie tickets, Amazon mobile integration for favorite DVDs and Blu-rays, and adding movie-related events to your iPhone calendar, just to name a few.

The update, which pushes the app’s version to 3.3, has been rolled out to all iTunes App Stores for all countries, and carries the following official change log:

* "Tickets, please!" You can now conveniently purchase movie tickets via the IMDb App (currently US-only).
* More bios for celebrities you know and love as well as for up-and-comers.
* Want to buy a movie or TV show on DVD or Blu-ray? "Search via Amazon Mobile" to the rescue. Requires that you have the Amazon Mobile app, but we provide a handy link if you don’t have it yet.
* Also, did you know you can tap the "Coming Soon" bar above the title on upcoming movies to add the release date as an event to your calendar?
* Bug fixes. Nasty tricksy bugsies. We hates them! 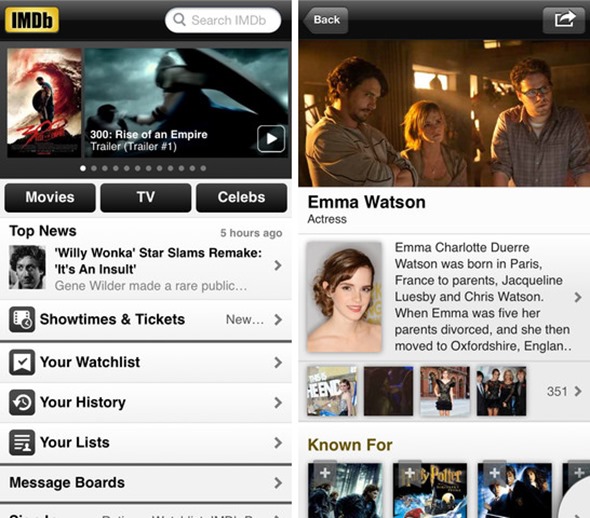 All of the above are available in both the iPhone and iPad variants of the otherwise universal app, alongside bringing some enhancements related specifically to the iPhone. In that domain, the biggest change lies in giving one-tap access to full cast/filmography on the iPhone, which was one of the biggest complaints that users had with the app. Another major change is the visibility of the Watchlist flag almost throughout IMDb, allowing you to add any movie from anywhere to your list of titles to be watched. 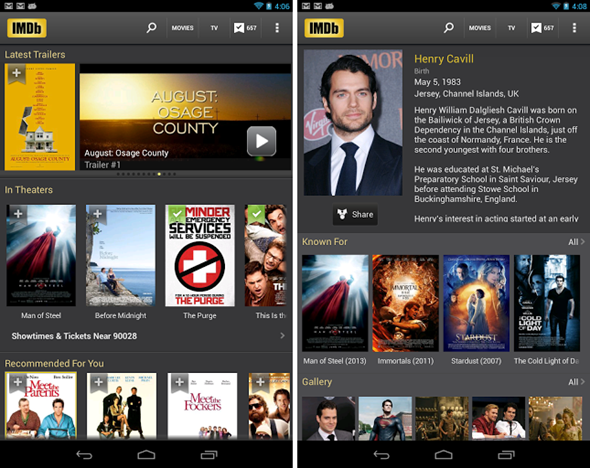 Alongside these improvements, it’s also noteworthy that this will be the last update to IMDb that still supports iOS 5, where any future updates would require having at least iOS 6 to be able to use the app further.

You can grab the IMDb app for iOS and Android from the iTunes App Store and Google Play Store, respectively.