Apple’s big event from last week may universally be known as ‘the iPad event,’ but it certainly wasn’t the only new product to be announced by Tim Cook and his bevy of vice presidents. Proving that there is indeed no smoke without fire, Apple unveiled its first desktop with a Retina display, and it just so happens to be built into a new iMac that has people climbing over themselves to order.

Beyond that 27-inch super high resolution display, the new iMac with Retina 5K display also ships with new speed bumped CPUs, which should give the desktop all-in-one a little more oomph – something it’ll need if it’s going to move all those pixels around. To that end, new Geekbench benchmarks have been carried out on the base model 27-inch iMac with Retina 5k display and it’s faster than the older model by a nose. 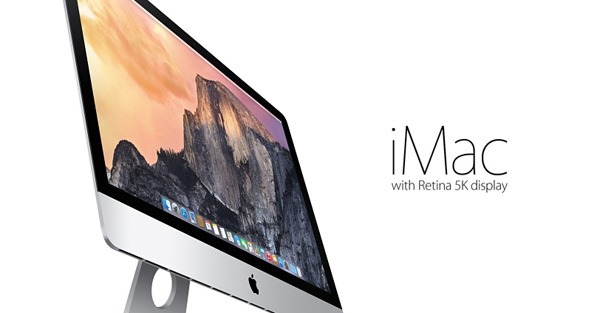 We wouldn’t expect huge performance increases simply because these new iMacs use the same Haswell processors as their older cousins, and until next year’s models and the expected Intel revision to Broadwell chips the only increase afforded the shiny new iMacs is a slightly higher clock speed.

When comparing the new iMacs to the current Mac Pro, it’s interesting to note that single-threaded tasks will actually perform faster on the all-in-one than Apple’s powerhouse machine, though when it comes to multi-threaded performance the Mac Pro still beats it hands down. Prime Labs’ John Poole who carried out the benchmarks believes that the high-end iMac with Retina 5K display may actually outdo the Mac Pro here too, though no tests have yet been carried out on one to either prove or disprove that theory. 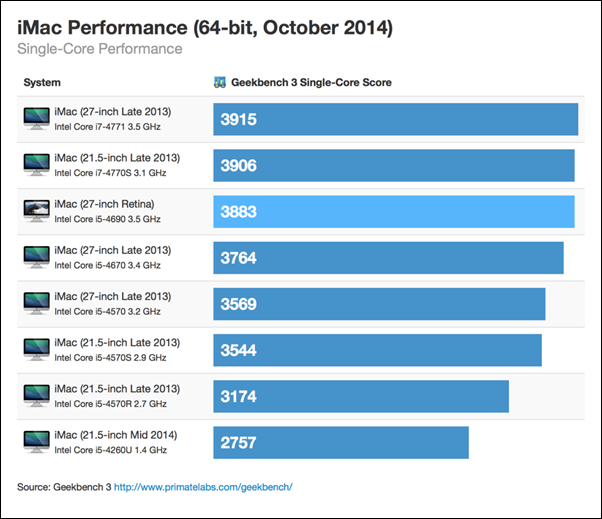 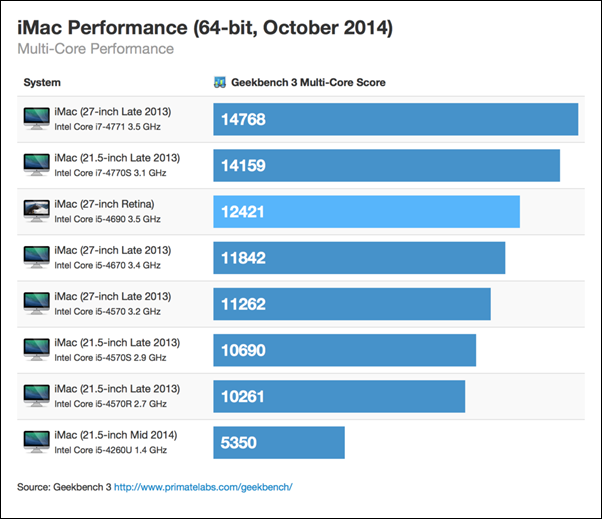 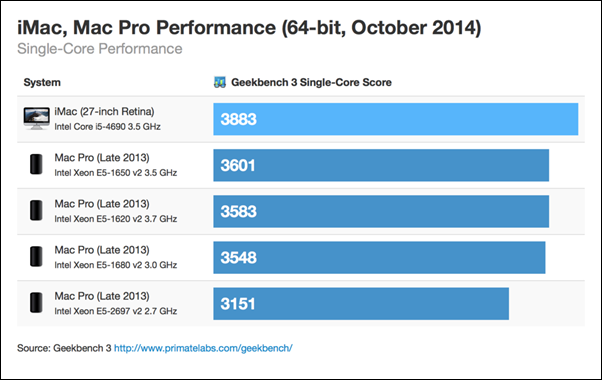 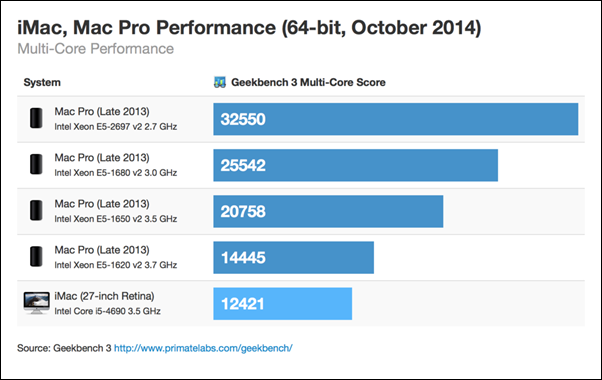 Of course, the new iMac’s selling point isn’t really its CPU, but that big high resolution display. It’s good to know that we won’t necessarily have to trade performance if you want all those pixels though.

Even if we did, we still think we’d have all those pixels!